It’s Black History Month, and Town Hall invites you to deepen your knowledge of key historical figures like Fannie Lou Hamer, Phyllis Wheatley, Malcolm X, and more. The programs below are available to watch any time in Town Hall’s Audio and Video Library, a treasure trove of past events!

An Unprecedented Portrait of the Life of Malcolm X | WATCH NOW

In 1990, Pulitzer Prize-winning investigative journalist Les Payne embarked on a nearly thirty-year-long quest to interview anyone he could find who had actually known Malcolm X. His goal was ambitious: to transform what would become over a hundred hours of interviews into an unprecedented portrait of Malcolm X, one that would separate fact from fiction. Following Payne’s unexpected death in 2018, his daughter Tamara Payne heroically completed the biography. 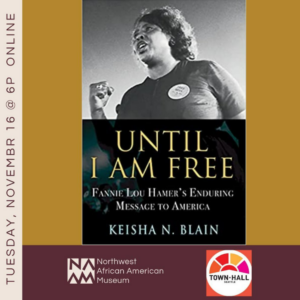 Fannie Lou Hamer was born in 1917, the youngest of 20 children in a family of Mississippi sharecroppers. Black, poor, disabled by polio, and forced to leave school early to support her family, she lived what seems like a lifetime of oppression by the time she reached young adulthood. As she continued to work and live in the south during the 1950s and 1960s, she became interested in — and later heavily involved in — the Civil Rights Movement. Despite the insurmountable challenges she faced (she experienced racist attacks, was sterilized without her consent in 1961, and was beaten by police in 1963), Hamer was committed to making a difference in the lives of others by advocating for Black voter rights and social justice. 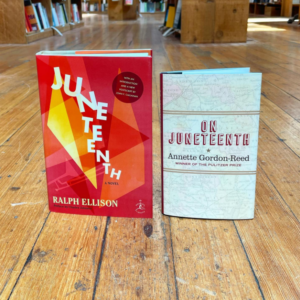 The History and Future of Juneteenth | WATCH NOW

On June 19, 1865, in Galveston, Texas, the end of legalized slavery in the state was announced. Since then, a certain narrative and lore has emerged about Texas. But as Juneteenth verges on being recognized as a national holiday, Pulitzer Prize-winning author Annette Gordon-Reed — herself a Texas native and the descendant of enslaved people — reworks the traditional “Alamo” framework, forging a new and profound narrative of her home state with implications for all

The Profound Wisdom of Black Life and Literature | WATCH NOW

Phyllis Wheatley, the first African-American author of a published book of poetry, wrote, “Imagination! Who can sing thy force?/Or who describe the swiftness of thy course?” Wheatley could very well have been calling to the Black creatives, writers, orators, and leaders who would follow her. The imaginative force of Malcolm X and Toni Morrison, James Baldwin and Ta-Nehisi Coates, Barack Obama, and Langston Hughes are imparted by Farah Jasmine Griffin in a series of meditations on the fundamental questions of art, politics, and the human condition in Read Until You Understand: The Profound Wisdom of Black Life and Literature. 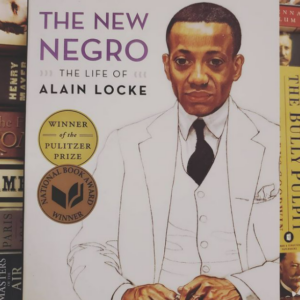 Alain Locke, the Father of the Harlem Renaissance | WATCH NOW

A tiny, fastidiously dressed man emerged from Black Philadelphia around the turn of the century to mentor a generation of young artists, including Langston Hughes, Zora Neale Hurston, and Jacob Lawrence, and call them the New Negroes — the creative African Americans whose art, literature, music, and drama would inspire Black people to greatness.

Elisheba Johnson interviews Tina Campt about her latest book, A Black Gaze. In the book, Campt explores the work of eight contemporary Black artists who are shifting the nature of visual interactions with art and demanding that Blackness be seen anew. She considers, “Rather than looking at Black people, rather than simply multiplying the representation of Black folks, what would it mean to see oneself through the complex positionality that is Blackness — and work through its implications on and for oneself?”

Looking for more? Find speakers like Derecka Purnell, Keith Boykin, and more in our Audio and Video Library and on YouTube.