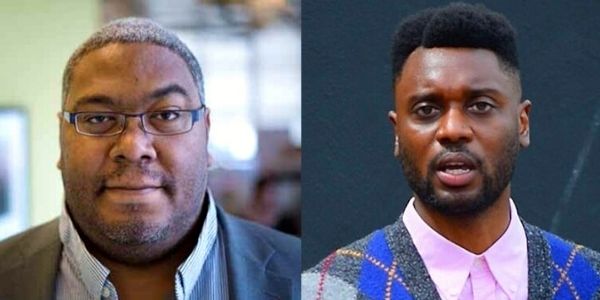 Casual political discussions are anything but easy to navigate. Committing each of the 4,500+ words in the U.S. Constitution to memory and interpreting them effectively in conversation is a near-futile effort for the average American. To effectively engage in discussions — and often, arguments — about American politics, we might think we need a law degree; but perhaps what we need is a sharper, more accessible lens through which to interpret the U.S. Constitution.

The Nation contributor and lawyer Elie Mystal offers just that in his book, Allow Me to Retort: A Black Guy’s Guide to the Constitution. Through quick-witted humor and snark, Mystal presents an easy-to-read primer on how to traverse topics from gerrymandering and voter suppression to cancel culture and gun control. Mystal contends that many contemporary constitutional interpretations are racially discriminatory and just plain wrong. Through biting analysis, he offers the rationale to point out hypocrisies and highlights the importance of understanding America’s founding documents if we truly seek liberty and justice for all.

The words political discussion can make pulses quicken at the thought of lively discussion or cause shudders at the idea of confrontation. But however we look at them, Mystal’s pugnacious, humorous approach might help rewire — or at least fine-tune — our arguing techniques.

Elie Mystal is The Nation’s legal analyst and justice correspondent, an Alfred Knobler Fellow at the Type Media Center, and the legal editor of the More Perfect podcast on the Supreme Court for Radiolab. He is a graduate of Harvard College and Harvard Law School, the former executive editor of Above the Law, a former associate at Debevoise & Plimpton, and a frequent guest on MSNBC and Sirius XM.

Shaun Scott is a Seattle-based writer and historian. A former Pramila Jayapal staffer and Bernie Sanders 2020 Washington State Field Director, he is currently the Policy Lead at the Statewide Poverty Action Network. His essays about popular culture and late capitalism have appeared in Sports Illustrated, The Guardian, and Jacobin Magazine. He is the author of the paperback Millennials and the Moments that Made Us: A Cultural History of the US from 1982-Present, and the forthcoming hardcover from UW Press Heartbreak City: Sports and the Progressive Movement in Urban America.