Skip to content
Keisha N. Blain with LaNesha DeBardelaben
What a new generation of activists can learn from Fannie Lou Hamer 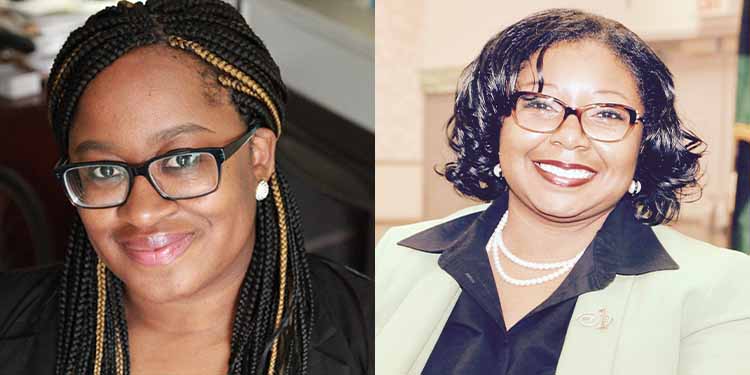 Fannie Lou Hamer was born in 1917, the youngest of 20 children in a family of Mississippi sharecroppers. Black, poor, disabled by polio, and forced to leave school early to support her family, she lived what seems like a lifetime of oppression by the time she reached young adulthood. As she continued to work and live in the south during the 1950s and 1960s, she became interested in — and later heavily involved in — the Civil Rights Movement. Despite the insurmountable challenges she faced (she experienced racist attacks, was sterilized without her consent in 1961, and was beaten by police in 1963), Hamer was committed to making a difference in the lives of others by advocating for Black voter rights and social justice.

In her new book, Until I Am Free, award-winning historian and New York Times best-selling author Keisha N. Blain shares how Hamer’s ideas still serve as a beacon for a new generation of activists. Blain suggests that there’s much to glean from Hamer as we continue to wrestle with social justice and dismantle systems of oppression. Blain positions Hamer alongside other key political thinkers like Martin Luther King Jr. and Malcolm X, and challenges us to listen to a Black, disabled, woman activist as we confront our past, present, and future.

Dr. Keisha N. Blain is an award-winning historian of the 20th-century United States with broad interests and in African American History, the modern African Diaspora, and Women’s and Gender Studies. She is an Associate Professor of History at the University of Pittsburgh and the president of the African American Intellectual History Society. She is also a columnist for MSNBC and is currently a 2020-2021 fellow at the Carr Center for Human Rights Policy at Harvard University. Blain’s published works include: the multi-prize-winning book Set the World on Fire: Black Nationalist Women and the Global Struggle for Freedom; To Turn the Whole World Over: Black Women and Internationalism, for which she co-edited; New Perspectives on the Black Intellectual Tradition; and Charleston Syllabus: Readings on Race, Racism, and Racial Violence. Her latest books are the #1 New York Times Best Seller Four Hundred Souls: A Community History of African America, 1619-2019, edited with Ibram X. Kendi; and Until I Am Free: Fannie Lou Hamer’s Enduring Message to America. Follow her on Twitter @KeishaBlain and on Instagram @KeishaNBlain.

LaNesha DeBardelaben is Executive Director of the Northwest African American Museum and serves as National President of the Board of Directors of the Association of African American Museums. Prior, she was Senior Vice President of Education & Exhibitions at the Charles H. Wright Museum of African American History in Detroit, Michigan. Her 15+ year career in museums began at the National Museum of Kenya in Africa in 2001, and she has studied museums and libraries internationally in Ghana, South Africa, England, Germany, and Israel. As a historian and museum director, LaNesha has contributed scholarly writings to national publications and has received numerous awards for her community and professional service, including the 2021 Martin Luther King, Jr. Commemoration Committee’s Edwin T. Pratt Community Service Award, 2020 Female Founders Alliance Unsung Heroes Award, 2019 WNBA Inspiring Women Award, and many more.