What the Heck is a Sackbut?

Our friends at Early Music Seattle are partnering with Early Music Vancouver to present two performances of Monteverdi’s Christmas Vespers on December 21 and 22. The concerts will include violins, cornetti, sackbuts, theorbos, and voices under the direction of David Fallis.

You might be asking yourself, what the heck is a sackbut? Theorbo-huh? Who was Monteverdi? What’s a vesper? Town Hall is here to help.

A sackbut is a type of trombone popular in the Renaissance and Baroque eras. This isn’t to be confused with a slide trumpet (don’t do it) but it did evolve from it. The difference between the two is that the slide trumpet possesses only a single slide joint, while the sackbut has a double slide joint that allows for playing scales in a lower range. The evolution then: slide trumpet, sackbut, trombone. Sidebar: Are you aware that there is an English Cornett and Sackbut Ensemble?  There is.

A theorbo is a member of the lute family. It’s a plucked string instrument with an extended neck and a second pegbox. A theorbo player plucks or strums the strings with one hand while pressing down on the strings with the other hand to different places on the neck produces different notes. That gives a theorbo player the ability to play chords, basslines, and melodies. They were developed in late 16th century Italy. You’ll hear theorbo compositions in Monteverdi’s opera L’Orfeo.

A cornett isn’t a cornet. Cornets are trumpet-like instruments. A cornett is an early wind instrument that dates back to medieval times. It was popular from 1500 to 1650. It’s a wooden pipe covered in leather and has finger holes and has a small horn. They were played frequently in Venetian churches. You’d hear cornetti a lot at the Basilica San Marco, the cathedral church of the Roman Catholic Archdiocese of Venice. There were different types of cornett, like the high cornettino, the curved cornett, the tenor cornett, and the bass cornett. Some composers who used cornett, other than Monteverdi, include Johann Sebastian Bach, and Georg Philipp Telemann.

Claudio Monteverdi (1567-1643) was a pioneer in the development of opera. He was an Italian composer, string player, and choirmaster who created both secular and sacred music. He was also the Maestro di Capella at the Basilica San Marco, where all that cornett playing was happening. Though most of Monteverdi’s output has been lost to time, his surviving music includes madrigals, sacred works, and three complete operas. His L’Orfeo (1607) is one of the earliest operas ever created.

The word comes from the Greek “hespera” and the Latin “vesper,” meaning “evening.” Vespers is a sunset evening prayer service which has been in existence since at least the 4th century. Several composers have made music based on them, including Sergei Rachmaninoff’s All-Night Vigil, Giuseppe Verdi’s I Vespri Siciliani or “The Sicilian Vespers,” and, yes, Monteverdi.

Take your newfound knowledge of sackbuts and the like and attend what is sure to be a glorious evening of music. Go here for tickets. 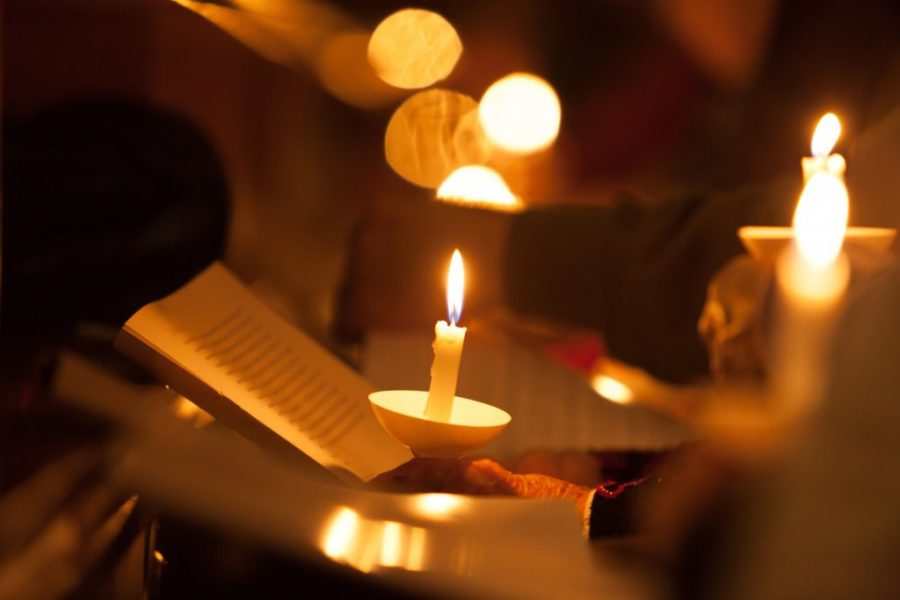