This season, Town Music will explore how digital spaces can enhance our experience of art, rather than simply remind us of what we are missing. Learn more > 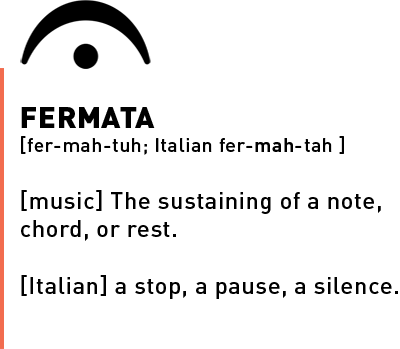 Join Joshua and special guests for a behind-the-scenes deep dive into the creative mind behind some of your favorite Town Hall musical moments, all captured and shared through our Digital Stage via livestreams, digital shorts, interviews, and more!

This residency is part of our Town Music series.

The latest updates, features, and presentations from Joshua’s Residency.

Joshua's residency has technically ended, but Joshua's not done by a long shot! Here, Joshua thanks all of our Town Music supporters and opens a surprise gift (spoiler: it's a beautiful poster).
Read More >

In this subscriber-only video Joshua performs (both cello and voice) and intimate rendition of Hallelujah.
Read More >

Fermata Teaser | The Impermanence of Time

From “Quartet for the End of Time” to pieces written this year in response to the pandemic, and stops in between, four local chamber musicians and Joshua himself consider the feeling of time being stretched or displaced, an occurrence that is all too familiar these days. Join us for an affecting evening of chamber music from phenomenal local musicians that will leave a lasting impact. Watch the teaser below and click here for more info and tickets.
Read More >

Joshua has left Seattle for a trip to San Francisco to take care of some project deadlines. But the Fermata residency continues and Joshua gives a small preview of the final culmination feature event on 12/11.
Read More >

In this experimental interview, Joshua talks with long-time Town Music collaborator Aaron Grad. They use musical improvisation to deepen connection and inspire openness, and discuss what it means to 'be present' and how difficult it is to accept help from others. Note: This interview was filmed before the current gathering restrictions were in place in WA state. Use your subscriber password to access! (Email patronservices@townhallseattle.org for support or questions). Not a subscriber yet? Purchase now for access to this and more exclusive content.
Read More >

My friend Hayley Young was moved by a piece I wrote recently - one of the more hopeful works from the Musical Journal I was commissioned to create in response to the pandemic. It's a piece that came to me during a big road trip through the Western United States, and I immediately felt compelled to send this music to people that I thought might need a moment of hope. That's a little unusual for me; I'm often self-conscious about what I write and hesitant to share. In this instance, though, I felt that the music that I created was something I very much needed to not only write, but to hear - and that others might have that same need.

Hayley immediately called me after listening to it with the idea to bring producer Ryan Hadlock on board, go to his Recording Studio and not only record the piece, but document the process for a special project she's working on. She brought Alex Crook to run cameras and along with Ryan's engineer Taylor Carroll we spent three days setting up, recording, and mixing the track, capturing everything on video along the way.

The idea for a Widespread Orchestra began as a poem by Mighty Mike McGee. It begins "Today, I dance knowing / someone somewhere dances with me" and San Jose-based composer Noah Luna was inspired to write a piece where people could come together, despite their physical isolation. He began work on a composition for chorus and cello and partnered with Joshua Roman as part of his Fermata residency, here at Town Hall to produce the project. In October, dozens of singers sent us their voices (and some even sent videos) to bring to life Noah's vision, alongside Town Hall's very own Joshua Roman on the cello. Watch the final product below!
Read More >

Joshua talks about a project he's been working on called The Musical Journal and how he felt compelled to do something in response to the moment instead of something planned far in advance.
Read More >

Wed 10/28 was the first Feature Release of Joshua's Fermata residency and Joshua takes time to thank the team and artists who made it possible! He also gives a glimpse of what's to come.
Read More >

Joshua talks about the weekend recording session with this week's featured chamber musicians and gives advice on the best place to get your cello bow repaired!
Read More >

Fermata Update | Joshua is back in the building!

Joshua is back in the building after quarantining after his trip to Florida! He shares how excited he is to be back and also gives us a peek at the progress of construction on the building next door.
Read More >

Joshua talks about his collaboration with Noah Luna and Mighty Mike McGee on the Widespread Orchestra project and expresses his gratitude for being able to commission and work with living composers in this "Fermata" setting.
Read More >

Joshua has composed a new Cello Quartet and used the grand acoustics of the Great Hall to perform all four parts himself. Layering the tracks together reveals the full breadth of the new piece, "Offshoot".

In the digital short below (available only to subscribers until 10/26) Joshua talks about how his composition process has evolved since becoming Town Music Artistic Director in 2012. He explores how, sometimes, mistakes or frustration can lead to moments of inspiration and motivation and how being a performer and being a composer stretch different creative muscles.

Fermata Update | The Difference Between Inspiration and Motivation

Joshua talks about his time in quarantine and how the difference between inspiration and motivation helps him move forward creatively.
Read More >

Fermata Update | Joshua Asks: What is the most memorable Town Music moment you’ve had?

Joshua talks about our recent subscriber happy hour as well as some history about his involvement in Town Music throughout the years and wants to know what YOUR favorite Town Music moments are!
Read More >

Fermata Update | Joshua is back in Seattle (and in quarantine)

Joshua is back in Seattle! Fresh from his work with the Tallahassee Symphony, Joshua is now in quarantine after his plane trip. He talks about how he'll attempt to collaborate while he's hunkered down.

Fermata Update | Staying on top of Fermata while in Florida

Joshua, in Florida for his collaboration with Talahhasse Symphony, talks about how he's staying in touch with the Fermata Residency while he's away.

Now landed in Florida, Joshua takes a jog around Lake Eola and chats about his warm welcome to Tallahassee.

Fermata | Widespread Orchestra: Raise Your Voice With Us for a Community Choir Performance

Joshua is traveling to Florida to work with the Tallahassee Symphony. He'll be updating us through his travels until he returns to Town Hall in a few days. In this update, Joshua talks about mask compliance at SEA-TAC airport, why he's glad Town Hall is not producing in-person concerts at this time, and why he's thinking about his mom today! Town Music Artistic Director Joshua Roman returns to Seattle (the “last place he truly felt home”) for a 10-week residency! Join Joshua and special guests for a behind-the-scenes deep dive into the creative mind behind some of your favorite Town Hall musical moments, all captured and shared through our Digital Stage via livestreams, digital shorts, interviews, and more! More info and updates at thsea.org/fermata

Joshua recorded multiple tracks on his cello in The Great Hall (see the backstage footage here) and stitched them together into this composition. This multi-track test is in preparation for other collaborative, multi-track work with Fermata collaborators.

Joshua tests out the sound setup in preparation for some multi-track recording he'll be doing.
Read More >

Joshua gives a short tour of where and how he'll producing work during his time at Town Hall.
Read More >

Our Town Music chamber series has returned! In this age of COVID-19, the season has been transformed. Town Music, in the coming weeks and months, will explore how digital spaces can enhance our experience of art, rather than simply remind us of what we are missing.

Joshua Roman, Town Music’s Artistic Director, has spent much time in quarantine thinking about what a season of concerts can be without a concert hall for everyone to gather in. He sat down with correspondent Jonathan Shipley to discuss what it means to be a curator in this day and age and what silver linings there may be in a pandemic.
Read More >

Town Music Artistic Director Joshua Roman returns to Seattle (the “last place he truly felt home”) for a 10-week residency! Join Joshua and special guests for a behind-the-scenes deep dive into the creative mind behind some of your favorite Town Hall musical moments, all captured and shared through our Digital Stage via livestreams, digital shorts, interviews, and more!
Read More >