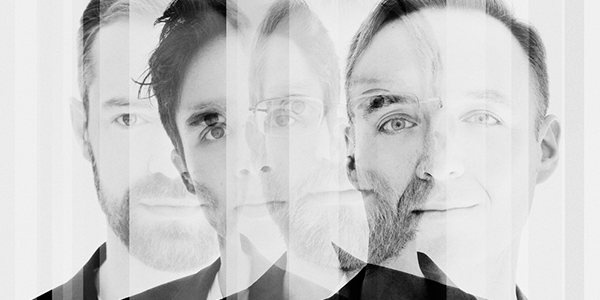 You just a heard a selection from the first part of Tornado, a new piece composed by Town Music Artistic Director Joshua Roman and performed by the JACK Quartet. Over the course of 27 minutes, the piece takes the audience from that peaceful musical setting into the eye of a whirlwind and out again to the other side.

Tornado will have its Seattle debut next week on Thursday, May 10 as part of our Town Music series. But in the meantime we arranged a conversation between Joshua Roman and Melinda Bargreen, a writer, music critic and composer based in Seattle. They spoke about Tornado, and Roman’s developing work as a composer.

Get tickets for JACK Quartet with Joshua Roman here.

Melinda Bargreen: I’m curious about your new work that we’re going to be hearing in Seattle, Tornado, where it came from, where the title came from and how the commission took shape?

Joshua Roman: Yes. So I’m from Oklahoma. I’ve been in, I never bothered to count but enough tornadoes that counting seems silly. I grew up with the weekly test sirens on Saturday afternoon at noon. I love them! They’re horrible and they’re scary and they’re just these giant pieces of nature that just come out of the sky and still you with… you can’t avoid it. You can’t ignore it. It just takes over. And I think there’s something incredibly powerful about that and about nature, and that’s the natural disaster that we had in Oklahoma. Now we also have earthquakes. But back when I was growing up it was basically just tornadoes. Maybe love is the wrong word, but I had this extreme fascination with tornadoes. And so when I’m thinking about writing something for the JACK String Quartet, which was how this came about because I’d worked with the JACK String Quartet.

We love playing quintets together. We had Jefferson Friedman write us one that Town Hall commissioned years ago, and Ari (Streisfeld), the former violinist from JACK arranged some Gesualdo madrigals. And we started playing around with how to build the repertoire out. And I had started composing in the meantime. And so we figured: well, that’s easy, while we’re trying to decide how we take the next step, let’s just go ahead and move forward. I’ll write a piece for us and we’ll have an even more complete program that we can take around and play together. And so when I started thinking about that, I really wanted to give myself a way to utilize JACK’s strengths, which there are many of, but one that sets them apart is their ability to just tackle all sorts of crazy stuff and make it fit together. I mean, they’ll play John Zorn and Gesualdo in the same program. It’s amazing. So I wanted to write something that really gave us something to sink into in that way. And when I start as a composer, each piece, it helps me—sometimes I can get going with just a musical idea—but sometimes to think of that first musical idea, I want to have some non-musical inspiration. And for this I just thought of the chaos in the swirling of a tornado and that would be such a wonderful way to have a context for me to explore JACK’s sounds and how we could play together. And so it sort of built out from there. But the original kernel of this was finding a way to marry working with the JACK Quartet with really being myself. And this is how it all fits together.

MB: Well, I noticed in the music there’s a great deal of pictorial element, which I think is fascinating because it really does suggest a tornado. First: it sounds like you’re opening with something sort of jaunty and pastoral. There even sounds like there’s a little quote from Beethoven’s Pastoral Symphony.

MB: That is funny. Yeah. And then of course things escalate from there and I swear at one point we are hearing a siren warning. Is this accurate? Like a tornado siren?

JR: Yes, there is a spot where the viola does it, and then the other strings come up and join in. It’s right as the not-so-literal—the figurative funnels start to develop. This swirling starts to really come out of this chaotic sound. So yeah there are elements in there for sure.

MB: It’s fantastic. It seems to me there may be a theater element in there somewhere too. Some of the effects that I’m hearing on the strings. I wish I were seeing as a listener in a concert hall because I know you’re doing weird stuff there that I can’t tell except by sounds.

JR: Oh yeah. That is the wheelhouse of the JACK String Quartet. So there’s lots of slapping the strings with the bow. I play the tailpiece at one point. John, the viola player, turns his viola around and crunches the hair with the stick of the bow against the back of the viola. There’s something that we ended up just calling a “duck crunch” because there’s no name for it, but I had to notate it somehow. There’s all sorts of stuff that people will see.

MB: At some point it sounds like you’re actually blowing on the strings. Does that happen?

JR: Yes. So that’s actually the air sound, and I didn’t know what to call it besides air sound. It’s the bow being very lightly drawn across the strings while the left hand is touching them with the whole hand so that you don’t get harmonics. The idea is not to have any pitch, which is actually a little difficult, but to have just the sound of the wind, and it’s a very difficult but fun technique of just making string sound with the bow.

MB: That sounds so cool. Well, what I hear with the ears is pretty fascinating and I think it’s going to be one of these sort of concert/performance pieces where you really benefit from being in the hall.

JR: Yeah. I’ve found that. Of course I know what everyone’s doing, so when I listen to it I like to either be playing it, or: headphones on, all the lights out and then you just get immersed in that sound world and it’s quite terrifying. But seeing it, you really get a sense for all of the crazy things that are happening musically and instrumentally.

MB: I wanted to ask you, does the cello interest you a little less now that you’re composing more, just straight cello performance recitals, performance opportunities? And would you like to write more pieces based on purely the solo cello feel like Bach suites and all the famous pieces in the repertoire—the Britons—the things that only exercise your own instrument.

JR: It’s interesting. When I first started composing, largely there, there was some desire to do it for its own sake, but a lot of the push aside from what was coming from situations that came up was this philosophical notion that in order to understand the music of Bach and the music of Beethoven, I should challenge myself to put myself in their shoes, and actually write music. How can I interpret the work of somebody like Dvořák, if I have not sat down with a blank page and tried to turn it into a piece of music? A lot of this is still, for me, very much connected to playing and as much as I love composing I think I’m doing about the right amount right now. I wouldn’t want to do too much more because I’m still incredibly passionate about the cello.

And up to this point, I’ve written almost exclusively pieces that I would be involved in, and I’m not super interested in writing something that I wouldn’t be playing because I am still focused on the cello. And for me, this is about becoming in some ways, ironically, a more traditional classical musician going back to 18th and 19th century roots when that was just expected. I feel like it makes me, when I play Beethoven, it makes me more able to relate. And that’s been one of the really fun byproducts of throwing myself into this process. So for me it’s not really a conflict and it’s one of those things that I think when you talk about it in terms of branding, it can be a little difficult because it’s not something that people have been used to in recent decades, but if you’ve really looked back, that was their tradition to be making and playing music. And so I feel pretty good personally and artistically about how that all matches together and it’s a matter of making sure that people understand how it fits together, my colleagues and the people that I play for, that it’s all from the same place.

MB: That makes absolute perfect sense. A really well-rounded musician is able to do several things at once. It seems to me. And that’s certainly the direction that you have moved. Well, Joshua, one thing I’d like to say is that as a Seattle music lover and part of the community here, it has been so terrific having you come back periodically, watching you grow and develop, watching the way you change the soundscapes around you and the atmosphere of music in Seattle: from chamber to orchestral to solo to your ability to express yourself in words as well as music, so we feel very lucky here. I think everyone who loves music is eager to have you back in town.

JR: That’s so sweet. Thank you. I’ve always felt incredibly supported on this journey and when I go to Seattle, and even just these conversations—I carry them with me everywhere I go. I feel very much like Seattle is home. It’s a beautiful feeling and I don’t feel alone on this journey.

That was Joshua Roman, Artistic Director of the Town Music Series here at Town Hall. He spoke with Melinda Bargreen. The Seattle debut of his piece, Tornado, will be part of our upcoming concert with the JACK Quartet on Thursday, May 10 at Seattle’s First Baptist Church.

Get tickets for JACK Quartet with Joshua Roman here.