Skip to content
Annalee Newitz
The Future of Another Timeline 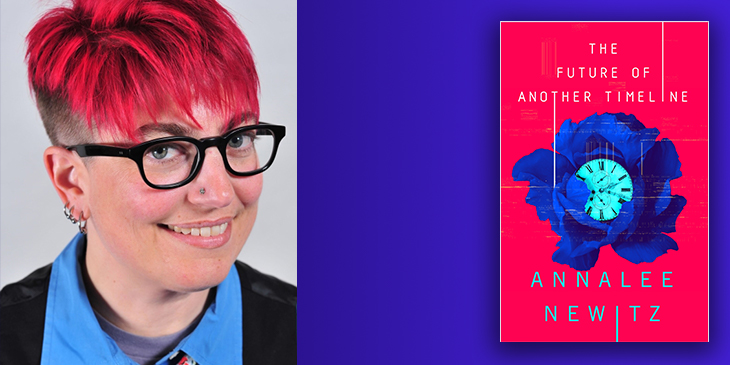 What does it mean to create a better future—literally? Speculative fiction author Annalee Newitz, founding editor of io9, arrives at Town Hall with musings on their book The Future of Another Timeline, a story of time travel, murder, and the lengths we’ll go to protect the ones we love.

The story follows two young women in two different times: Beth in 1992, who starts on a path of escalating violence after abetting the murder of a friend’s abusive boyfriend; and Tess in 2022, who sets out to use time travel to create a safer future by fighting for change at key moments in history—only to come face to face with a group of dangerous travelers bent on stopping her at any cost. Tess and Beth’s lives intertwine as war breaks out across the timeline–a war that threatens to destroy time travel and leave only a small group of elites with the power to shape the past, present, and future. Join Newitz for an exploration of the vast and intricate forces of history and humanity, and grapple with the central question: is it possible for a single person’s actions to echo throughout time?

Annalee Newitz writes science fiction and nonfiction. They are the author of the novel Autonomous, nominated for the Nebula and Locus Awards, and winner of the Lambda Literary Award. Their work has appeared in the New York Times, The Washington Post, Slate, Popular Science, Ars Technica, The New Yorker, and The Atlantic, among others.