Susan Orlean with Leigh Calvez
On Our Relationship with Animals 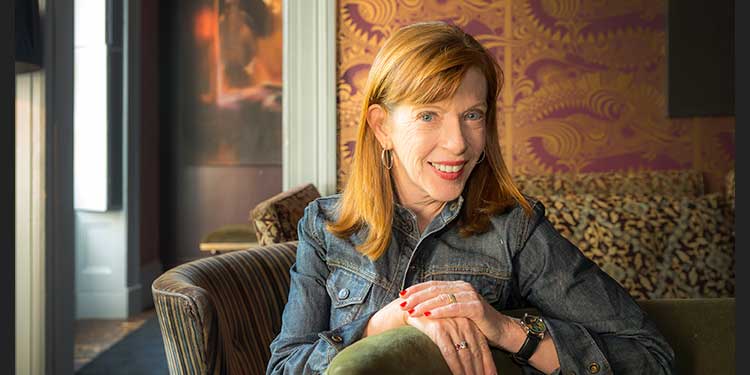 Anatole France once said, “Until one has loved an animal a part of one’s soul remains unawakened.” Susan Orlean’s soul has been awake for a very long time, indeed.

The award-winning author brings forth On Animals, a collection of writings about our relationship with animals, done throughout her illustrious career. Orlean brings a keen eye and a warm sensibility to the animals that we eat, tame, and make our pets; animals that are wild and wondrous, and animals that could very well eat us. Orlean was 6-years-old when she wrote a book called Herbert the Near-Sighted Pigeon. She hasn’t stopped writing about animals since. The collection includes pieces on backyard chickens (of which she has a clutch), backyard tigers (one woman had twenty-three of them), famous whales, and hard-working donkeys. Delightful and profound, On Animals celebrates our collective existence in this soulful world.

Susan Orlean has been a staff writer at The New Yorker since 1982. She is the New York Times bestselling author of seven books, including The Library Book, Rin Tin Tin, and The Orchid Thief, which was made into the Academy Award-winning film Adaptation. She also writes a weekly column for Medium, runs a book club on Literati, and writes for television, including How to With John Wilson (HBO) and the forthcoming adaptation of The Library Book.

Leigh Calvez has worked as a scientist, naturalist, nature writer, and teacher. Her writing has appeared in Smithsonian Magazine, High Country News, The Ecologist, Ocean Realm, The Christian Science Monitor, The Seattle Times, and more. She is also the author of New York Times bestseller, The Hidden Lives of Owls, and the award-winning The Breath of a Whale.