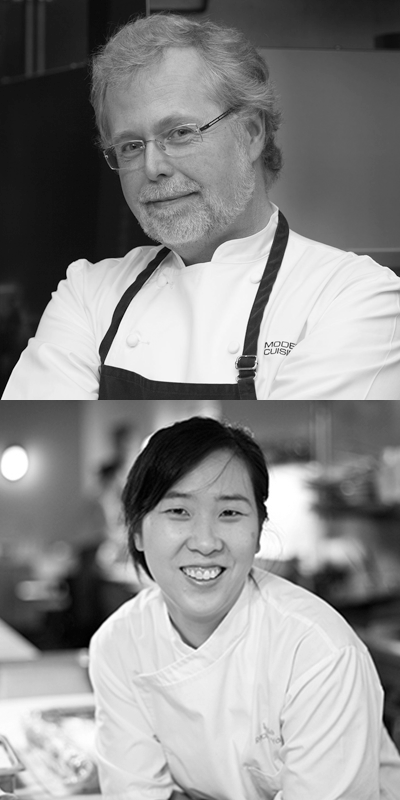 A ticket to either event will gain you admission to both!

Exemplifying cross-cultural cooking at its most enticing, James Beard Best Chef-nominee Rachel Yang and Seattle-based freelance food writer Jess Thomson share their cookbook My Rice Bowl: Korean Cooking Outside the Lines, a celebration of Korean fusion cuisine inspired by traditions around the world. Together the two explore the landscape of America’s fusion-cooking culture and expound upon Yang’s childhood stories—those of a Korean immigrant who tried everything to become an American, but only felt like one when she realized that her culture, among many, is what makes America so delicious.

Yang and Thomson share the evening with Nathan Myhrvold—visionary in technology, business and breadmaking—for a culinary double-header. A ticket to either one of these back-to-back events will get you admission to both!

Rachel Yang is a chef and operator of the highly acclaimed restaurants Trove, Joule, and Revel, as well as Revelry in Portland, OR. She holds four James Beard Award nominations for Best Chef Northwestern.

Jess Thomson is an award-winning freelance food and travel writer, and the author of seven cookbooks, plus her recent memoir, A Year Right Here: Adventures with Food and Family in the Great Nearby. Her work has appeared in the New York Times; Food & Wine; Cooking Light; Edible Seattle; and multiple issues of the Best Food Writing book collection.

Nathan Myhrvold proves that bread is far from stale. A renewed spirit of creativity and innovation is emerging from breadmaking’s 6,000-year-old tradition, and Myhrvold is leading the charge with flour-dusted hands and an insatiable curiosity. Formerly the Chief Technology Officer at Microsoft, and cofounder of Intellectual Ventures, he has since turned his inquisitive attention to cooking. Modernist Bread is Myhrvold’s highly anticipated follow-up to Modernist Cuisine, the tome famed chef David Chang called “The cookbook to end all cookbooks.” Myhrvold returns to our stage to offer bakers and lovers of modernist cuisine the science, history, ingredients, techniques, and recipes that may forever break the mold of breadmaking.

Nathan Myhrvold is a scientific author and essayist, and former postdoctoral fellow in the department of applied mathematics and theoretical physics at Cambridge University. He is the author of Modernist Cuisine and Modernist Bread, as well as numerous articles for periodicals such as Scientific American, Slate, Time, The Wall Street Journal, and The Washington Post.