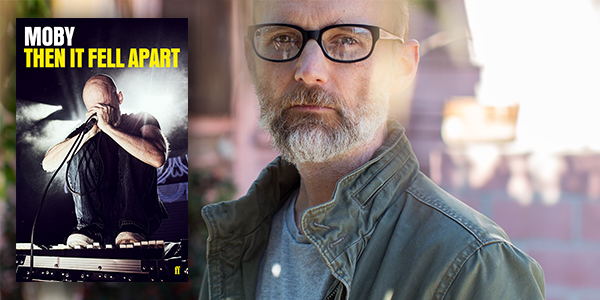 What do you do when you realize you have everything you think you’ve ever wanted but still feel completely empty? What do you do when it all starts to fall apart? In the summer of 1999, Moby released Play—the album that arguably defined the millennium and catapulted him to superstardom. He joins us for a reflection on the bling and bluster of the celebrity lifestyle with the second volume of his memoir, Then It Fell Apart. Moby meets with KUOW’s Ross Reynolds for a conversation that dives into his extraordinary life story—hanging out with David Bowie and Lou Reed, Christina Ricci and Madonna, taking ecstasy for breakfast, drinking bottles of vodka, and sleeping with supermodels. Moby and Reynolds explore the ephemeral nature of stardom and the reasons such a lifestyle cannot last, why it fell apart. Sit in for firsthand recollections from a titan of modern music, and a shocking and unforgiving look at the banality of fame.

Moby is a singer-songwriter, musician, DJ, and photographer. He has released 15 studio albums, including Play, 18, and most recently Everything Was Beautiful, and Nothing Hurt. The first volume of his memoirs, Porcelain, was published in 2016.

Ross Reynolds is the Executive Producer of Community Engagement at KUOW. He is the former co-host of KUOW’s daily news magazine The Record and KUOW’s award–winning daily news–talk program The Conversation.