Daniel Brook
The Accident of Color 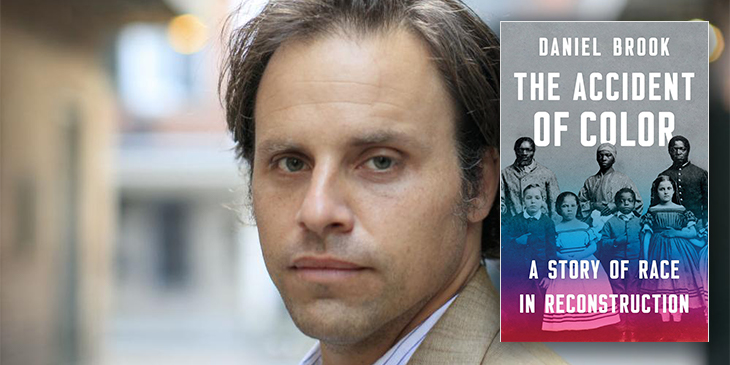 In nineteenth-century New Orleans and Charleston, many cosmopolitan residents eluded the racial categories the rest of America takes for granted. Before the Civil War, these free, openly mixed-race urbanites enjoyed some rights of citizenship and the privileges of wealth and social status. Journalist and author Daniel Brook joins us at Town Hall with accounts from his book The Accident of Color, following this story through Reconstruction and revisiting a crucial inflection point in American history. He highlights a movement that formed to oppose the black-white binary, where mixed-race elites made common cause with the formerly enslaved and allies at the fringes of whiteness in a bid to achieve political and social equality for all.

Brook chronicles this movement’s successes, and recalls how its achievements were ultimately swept away by a violent political backlash and expunged from the history books—culminating in the Jim Crow laws that would legalize segregation for a half century and usher in systems of racial binaries whose effects are still felt today. Brook offers us an unflinching look at the birth of our nation’s narrow racial system forged in the crucible of opposition to civil rights, and illuminates the origins of the racial lies we live by.

Daniel Brook is a journalist and author whose writing has appeared in Harper’s, the New York Times Magazine, and The Nation. His last book, A History of Future Cities, was longlisted for the Lionel Gelber Prize and was selected as one of the ten best books of the year by the Washington Post.