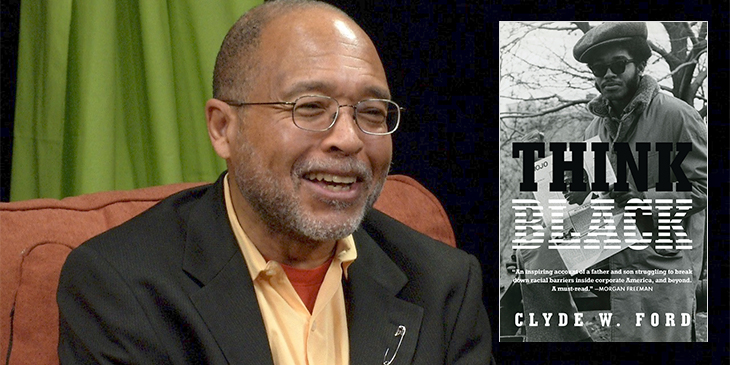 In 1947, IBM CEO and Chairman Thomas J. Watson set out to find the best and brightest minds for his company. His search led him to find young accounting student John Stanley Ford, whom he hired to become IBM’s first black software engineer. But not all of the company’s white employees were willing to accept a black colleague, and many did everything in their power to humiliate, subvert, and undermine Ford. His son Clyde W. Ford—who followed in his footsteps to IBM two decades later—joins us at Town Hall with musings of his father’s journey in a thought-provoking memoir Think Black.

Clyde presents a portrait of institutional racism at IBM then and now, offering accounts interwoven of his own experiences interwoven with stories of his father’s tenacity, dignity, and professionalism. With heartbreaking honesty, Clyde relates how his father’s career came at great emotional cost to himself and his family—how he was overlooked for deserved promotions, and how his hiring was meant to distract from IBM’s dubious business practices including its involvement in the Holocaust, eugenics, and apartheid. Listen in for Clyde’s unflinching account of one family’s struggle against discrimination in the world of tech, and the subtle yet daring ways Clyde’s father had fought back.

Clyde W. Ford is the author of thirteen works of fiction and non-fiction, as well as a psychotherapist and accomplished mythologist. He has participated in hundreds of media interviews and has appeared on the Oprah Winfrey Show, New Dimensions Radio, and National Public Radio. Ford is the recipient of numerous awards, including the Zora Neale Hurston/Richard Wright Award in African American Fiction.