We’re poised for ‘The Big One.’ ‘The Big One’ being an earthquake. Remember that New Yorker story about what will happen when an earthquake hits the Northwest? The subhead of that story: “An earthquake will destroy a sizable portion of the coastal Northwest. The question is when.”

On November 6 in the Forum at Town Hall the US Geological Survey presents the Pacific Northwest Earthquake Forum. Four local experts will offer up a discussion of seismic activity in our region. They’ll lend us insight into the study of faults and ground shaking, monitoring technology and early warning systems, earthquake-based building engineering, and strategies and policies for preparedness. The event is FREE.

JS: What are you focused on in your research?

JG: I focus on how earthquakes start and interact with one another and how faults slip. I lead and participate in the USGS’s activities that advance subduction zone science, particularly in the Pacific Northwest. I also lead and participate in regional education and outreach activities, am a member of the Cascadia Regional Earthquake Working Group, and I also collaborate with emergency management agencies.

JS: What should every household have in preparation for an earthquake? Worst case, what’s the bare minimum someone should have?

JG: Basically, the preparations aren’t much different than preparing for any natural disaster’s impact, with the additional consideration that the shaking can cause things to fall and break so that one can configure your home and workplace to minimize this. Examples might include being sure that appliances connected to gas lines or have the potential to cause fires if lines are severed or bolted down, bookshelves are tied to the walls and not placed near beds, cabinets are latched well, computers are secured to tables, etc. Preparations also might include having supplies of food, water, provisions to function without electricity for several days at least, and plans of how to connect with family members if you get separated and communications are challenged (e.g. have a common contact person outside the likely impacted area). When the earthquake shaking is underway, ‘drop, cover, and hold’—meaning get underneath a sturdy table or something similar and hold on to it until the shaking stops. Don’t run outside! 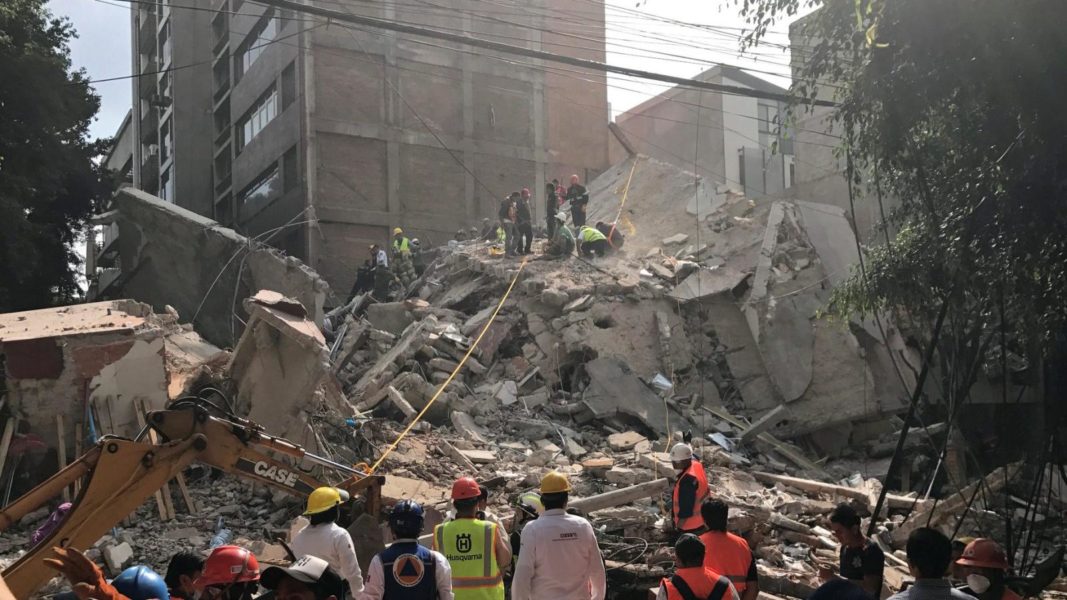 JS: Can science predict when an earthquake will hit yet? How? If not, how far do we have to go for that to become reality?

JG: No, it is not possible to predict earthquakes on time scales that make evacuation practical. Because the processes that lead up to an earthquake take place over tens of thousands of years, and the structures (faults) they occur on are hidden many thousands of meters beneath the surface, we can only make forecasts of probabilities on time scales of decades to centuries.  Much like the weather, the longer the horizon or larger the area, the more accurate the forecast becomes—but the processes that lead to events like storms occur on time scales of hours to days, in regions that can be directly sampled (e.g. the atmosphere so forecasts can be made on more actionable time and spatial scales.

However, the science has improved significantly and will continue to do so; for example, only in the last decade or so have we realized that some faults move continuously or episodically but so slowly that they don’t generate seismic waves (which is what does nearly all the damage), instead of in earthquakes—so they are less hazardous. Using GPS, geology, and satellite imagery we can identify such faults.

Someone once provided a good analogy—some people suggest that there will never be a cure for cancer because there are too many types and it’s too complex. Yet society can’t give up trying, in part because we will get better at minimizing its likelihood or impacts. The same can be said about earthquakes!

JS: What early warning systems are being created? What are the latest technological advances in this regard?

JS: Is Seattle city government ready for an earthquake? What about our state or federal governments?

JG: We are more ready than we used to be at all levels, but there is still much to be done. A moderate earthquake beneath an urban area or a very large earthquake along the plate interface offshore is still sure to have significant impacts.

JS: What should citizens ask the government in this regard?

JG: Often governments make decisions based on short-term gains, but given the difficulty forecasting earthquakes, we have to view mitigating preparations to be investments to safeguard our long term prosperity. While it may be decades or even hundreds of years until the next great earthquake in the Pacific Northwest, one will happen with nearly 100% certainty someday. The cost of preparing will be far less than the cost of repairing the devastation that would result from not preparing. Citizens should ask the government to invest in their futures, which may pay off tomorrow or in a hundred years—but the payoff is guaranteed!

Learn more about earthquakes on November 6 at Town Hall. The event is free.