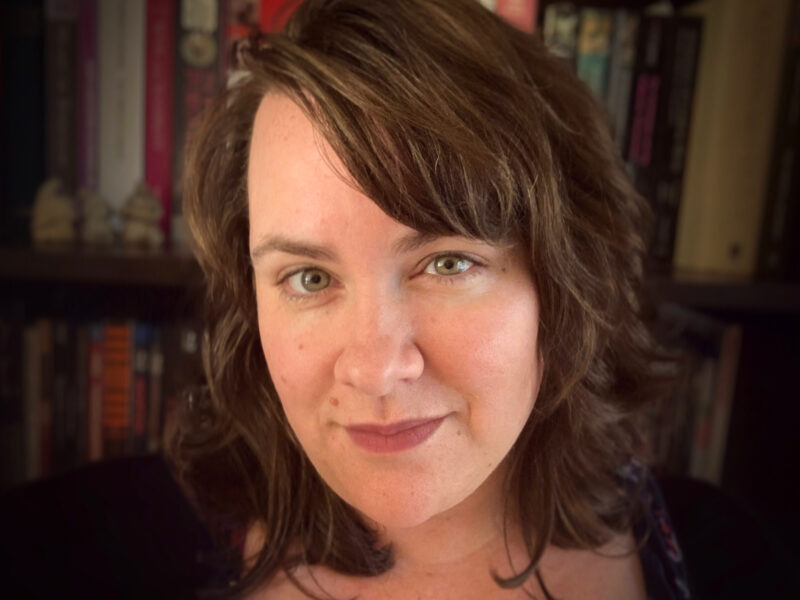 Sarah Salcedo is an award-winning filmmaker, illustrator, and author. Her stories, essays, and poetry has been published in Uncharted Magazine, Hobart, Luna Station Quarterly, Hobart After Dark, Not Deer Magazine, Pacifica Literary Review, The Future Fire, Hypertext Magazine, Words & Sports Quarterly, and elsewhere. She was the Spring 2022 Writer-in-Residence for Town Hall Seattle, attended the 2022 Tin House Winter Workshop, and will be attending the 2022 Tin House Summer Workshop.

Her artwork has appeared in Hobart Magazine, Hypertext Magazine, The Future Fire, Luna Station Quarterly, and Cascadia Magazine, and was exhibited by Glamorous Refusal, in addition to numerous commissions from poets and writers for their sites and book tour promotions.

In addition to festival awards for filmmaking, Sarah has received grants from 4Culture and Artists Trust. She holds two bachelor’s degrees in English Literature and Comparative Literature: Cinema Studies from the University of Washington.

Speculative in Seattle: Sarah Salcedo, Nisi Shawl, Seanan McGuire, and Shiv Ramdas (Town Hall Seattle event, May 23, 2022)
Presented by Town Hall Seattle and Clarion West
The authors discuss how our region fuels our imaginations, from the nature around us to the space tech being created in the region, and dive into what makes us so weird and wonderful.