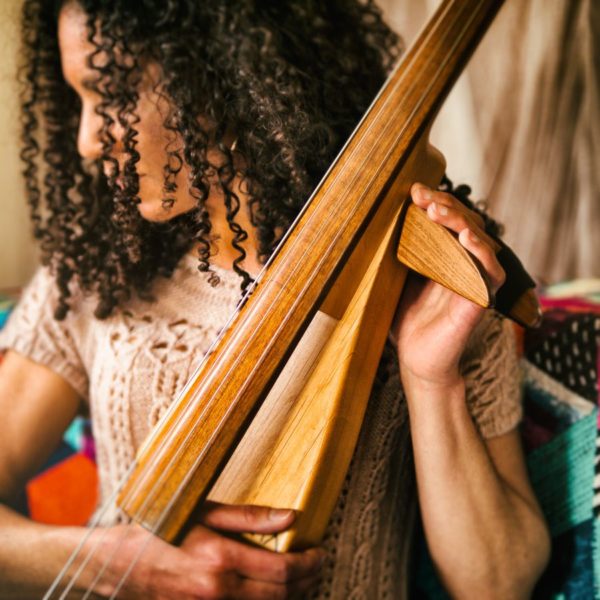 Cellist Gretchen Yanover creates spacious string atmospheres woven with warm melodies. She performs with her electric cello and looping pedal, in addition to her acoustic cello performance and recording work. Yanover began her musical life in Seattle public schools, falling in love with the cello’s deep sound. Gretchen pursued both performance and music education at University of Washington, embracing an interwoven path of teaching and performing. Ms. Yanover guided students in music for 17 years, while at the same time growing her own solo performing career. When Gretchen started playing with a loop sampler it changed her musical life, inspiring her to improvise and compose. She has 4 solo albums to date.

Gretchen performs throughout the Pacific Northwest as a soloist on her electric cello, while continuing her classical music life. She has played with Northwest Sinfonietta orchestra since 1998, and is a member of NW Sinfonietta’s DEI task force, working to make meaningful changes in the classical music culture, along with creating connections in the community. NW Sinfonietta has featured Gretchen as a soloist on her electric cello on several occasions.

Yanover has appeared as a soloist for the Earshot Jazz Festival, and presented at TEDx Seattle. She created music for and performed with LeVar Burton for LeVar Burton Reads live, and has had compositions commissioned by Seattle Pacific University and University of Oregon. Gretchen was the recipient of a Shunpike Artist residency and was the Town Hall Seattle 2021 Fall Artist-in-Residence.