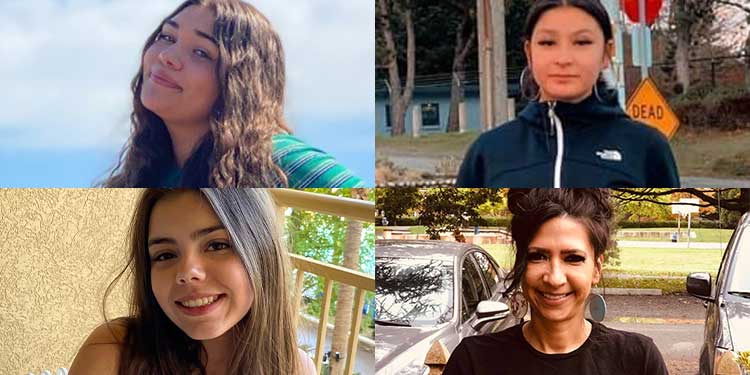 In 2016, Treaty tribes from across the Puget Sound region came together on March 9 to celebrate the first Billy Frank Jr. Day. The annual environmental day honors the work of Nisqually tribal member Billy Frank Jr., who was a lifelong environmental leader and treaty rights activist, especially tribal fishing rights. Now, JJ, Lailani, and Kayla—members of the Urban Native Education Alliance’s Clear Sky Youth Leadership Council—talk with Town Hall Program Manager Megan Castillo about their efforts to have the day officially recognized by Seattle Public Schools as Billy Frank Jr. Day. Their proposal asks SPS to formally set aside the day for all SPS students and staff to learn, celebrate, and engage in civic service to commemorate the life, legacy, and enduring spirit of the inspirational Billy Frank Jr. Join us for this important episode—and stay in the know about what’s happening in this moment at Town Hall Seattle.

Jazell Jenkins (JJ) is a descendant from the Unangax̂ tribe and uses she/her pronouns. Jenkins is a sophomore and honors student at Ingraham High School. She strives to become a stronger advocate and activist for victims of sexual harassment and assault. Some of her hobbies include meditation, reading, crystals, spiritual practices, and outdoor activities. She has been an intern with UNEA since October 2020.

Kayla Harstad is Turtle Mountain Chippewa and Assiniboine Sioux. Harstad is a junior at Ingraham High School and a Running Start student at North Seattle College. She plans to attend college in California to become either a life coach or a body positivity activist. Some of Harstad’s hobbies include playing basketball, painting, and baking. She has been an intern with UNEA since August 2020.

Lailani Norman is Blackfeet, Chippewa, Iroquois, Matis, and Cree. Norman is passionate about participating in traditional and cultural events and learning traditional teachings. She feels it is critical for Indigenous youth, especially those living in an urban setting, to learn their cultural traditions so that they are able to carry on these teachings to the generations to come. Some of Norman’s hobbies include playing volleyball and making art. She has been an intern with UNEA since September 2020.

Clear Sky is a Native youth-centered and directed program designed to empower students through education, culture, and tradition. Clear Sky student intern leaders serve as a strong voice advocating for social justice and equity in education. Clear Sky’s efforts to amplify Native youth visibility, voice, and vision is a powerful example of success when Indigenous students lead the way.

Sarah Sense-Wilson (Oglala) serves as the elected Chair for the Urban Native Education Alliance (UNEA). Sense-Wilson is committed to strengthening the urban Native community through tireless advocacy, organizing, and networking both within the Native community and greater King County area. She is a Washington State licensed Mental Health Counselor, and has worked in the chemical dependency field for over 17 years.

Megan Castillo (Tlingit) joined the Town Hall team in 2017 as Social Media Coordinator, later becoming Community Engagement Manager and in 2020 took on the role of Program Manager. From 2017 -2019, Castillo co-produced, with partner April Jingco, two seasons of the Growing Girls podcast—a chat show covering a wide range of topics from house plants to holistic care. Originally from Lihue, Hawaii, Castillo graduated from Seattle University with a degree in Digital Design and Art History. In addition to working for Town Hall, Castillo is a miniature artist and dollhouse historian.