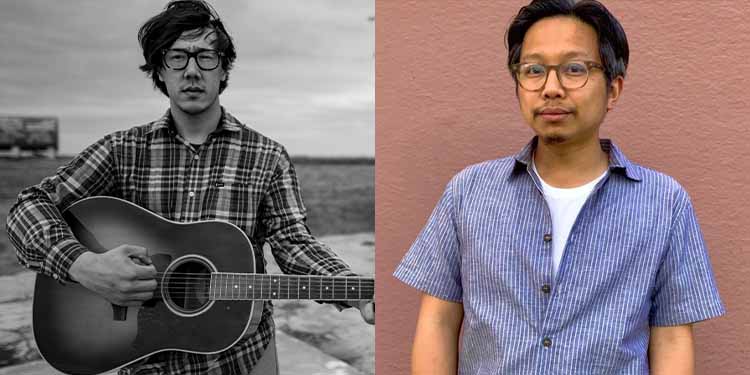 Vietnamese American musician Julian Saporiti grew up in Nashville, surrounded by music made by people who didn’t look like him. Determined to dig deeper into the definition of American Folk music as part of his extensive doctoral studies, Saporiti began to explore his own family’s history, pore over archival material, and conduct interviews; what he found were the untold musical stories of Asian American artists like himself. He transformed his research into concerts, albums, and films to create the immersive multimedia experience known as No-No Boy.

In Town Hall’s 113th episode of the In the Moment podcast, musician and former Town Hall Artist-in-Resident Tomo Nakayama talks with Saporiti about lyric writing, inspiration, and the art of making music not only as Asian Americans, but also as Americans.

No-No Boy performs live on the Great Hall Stage on November 12, 2021. Learn more and get tickets to this exciting multimedia concert, presented in partnership with the Wing Luke Museum and the International Examiner.

Julian Saporiti is the Vietnamese American songwriter, scholar, and creator of the multimedia musical experience, No-No Boy. His art and music reflect issues such as race, refugees, and immigration, allowing audience members to sit with complication as music and visuals open doorways to difficult histories. Saporiti has taught courses in songwriting, music, literature, history, Asian American Studies, and ethnic studies at the University of Wyoming, Colorado College, and Brown University and has served as artist/scholar in residence at many universities and high schools across the country. Saporiti holds degrees from Berklee College of Music, University of Wyoming, and Brown University, and has been commissioned by cultural institutions such as Lincoln Center, the LA Philharmonic, the National Parks, and Carnegie Hall. His latest album, 1975, was released by Smithsonian Folkways earlier this year.

Tomo Nakayama is an artist whose melodic, complex, and emotionally compelling music has been praised by NPR, New York Times, and The Stranger. His albums include Fog on the Lens, Pieces of Sky (named “Best Folk Act” by Seattle Weekly), and Melonday, which was named one of the Top Albums of 2020 by Seattle Times, KEXP, and Seattle Met.