Skip to content
Tom Reese and Eric Wagner
Once and Future River: Reclaiming the Duwamish 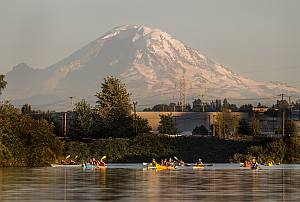 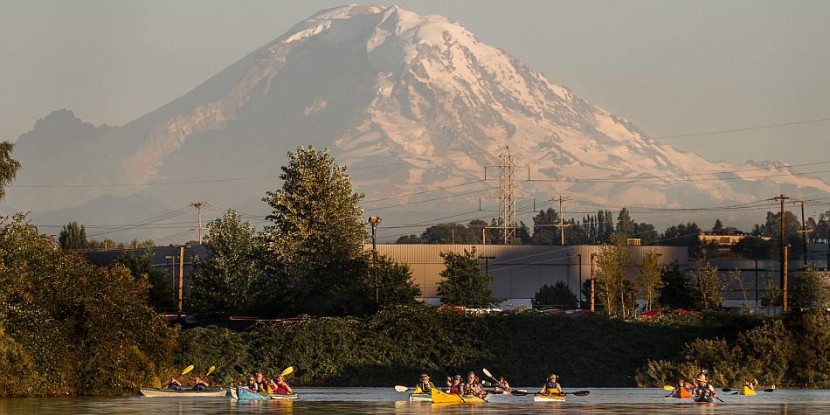 Declared a Superfund site in 2001, the Duwamish river has faced a battered history; it’s been straightened, dumped into by over 40 companies, and neglected to the degree that the river now has 5% of its original natural habitat. Now, as Seattle joins several other cities in a lawsuit against Monsanto to help pay for cleanup and Boeing invests millions into restoration, the hope for rejuvenation seems positive. According to former Seattle Times photographer Tom Reese and journalist Eric Wagner, reclamation of the Duwamish is nothing new. In a presentation rich with photos from their new book, The Once and Future River, they’ll discuss local efforts to reclaim the river, what its future might look like, and how life can thrive even in the murky waters of this iconic river. Panelists include James Rasmussen, Duwamish Tribal member and director of the Duwamish River Cleanup Coalition, and moderator Lynda Mapes, Seattle Times environmental reporter.

Presented by: Town Hall and University Book Store, as part of the Science series and Town Green.