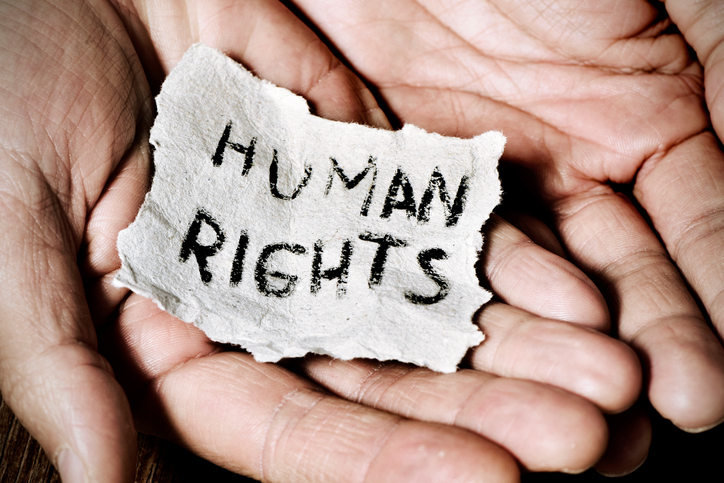 For 18 years Seattle Human Rights Commission has promoted Human Rights Day, a celebration of our city’s commitment to courageous leadership in the fight for racial and social justice. Every year, the event shines a spotlight on local organizations and individuals who are working to bring positive change to our community.

We’re proud to partner with the Seattle Human Rights Commission for this year’s program, themed Together We Rise—a nod to the triumphs and challenges of building community in these divisive times. We’ll hear from prominent speakers such as Jorge Baron, Executive Director of the Northwest Immigrant Rights Project; Ethel Branch, Attorney General of the Navajo Nation; and activist and former mayoral candidate Nikkita Oliver.

Join us as the Human Rights Commission presents the 2017 Human Rights Awards to outstanding local organizers and leaders. Past award recipients have included Nikkita Oliver, Rainier Beach Action Coalition, Garfield High School’s Black Student Union, Northwest Immigrant Rights Project, Casa Latina, and many more. Registration for the event is free, so visit our website to become a part of this inspiring Seattle tradition!

Jorge Barón has served as the Executive Director of Northwest Immigrant Rights Project since April 2008. NWIRP is a nationally-recognized legal services organization dedicated solely to advancing and defending the rights of low-income immigrants and refugees. Jorge’s passion in advocating on behalf of immigrant and refugees is firmly rooted in his own experience as an immigrant from Bogotá, Colombia.

Ethel Branch is the former Chair of the Commission and Attorney General for Navajo Country. She serves as the Chief Legal Officer for the Navajo Nation and oversees the six-unit Navajo Nation Department of Justice and others. Her work has focused on litigation related to the Gold King Mine Spill, assisting with the Navajo Nation’s first-time Limited Public Offering, and protection of Bears Ears National Monument.

Nikkita Oliver is a Seattle-based creative, teaching artist, attorney, and organizer. Her writing has appeared in the South Seattle Emerald, Crosscut, and the Stranger. Olivers holds a J.D. and Masters of Education from the University of Washington. She is also the case manager for Creative Justice, an arts-based alternative to incarceration, and has worked for arts organizations such as Writers in the Schools and Arts Corp.

Nikkita is the recipient of the 2017 Community Legal Services Imagine Justice Visionary of the Year, the University of Washington Women’s Law Caucus Outstanding Achievement as a Young Lawyer Award (2017), the Seattle Office of Civil Rights Artist Human Rights Leader Award (2015), and the 2014 Seattle Poetry Slam Grand Champion. She has opened for Cornel West and Chuck D of Public Enemy and performed on The Late Night Show with Stephen Colbert.

Presented by Town Hall Seattle and the City of Seattle as part of the Civics series.