Skip to content
In The Moment Podcast, Ep. 134
Thomas H. Pruiksma with Dr. Ruben Quesada
A New Translation of The Kural 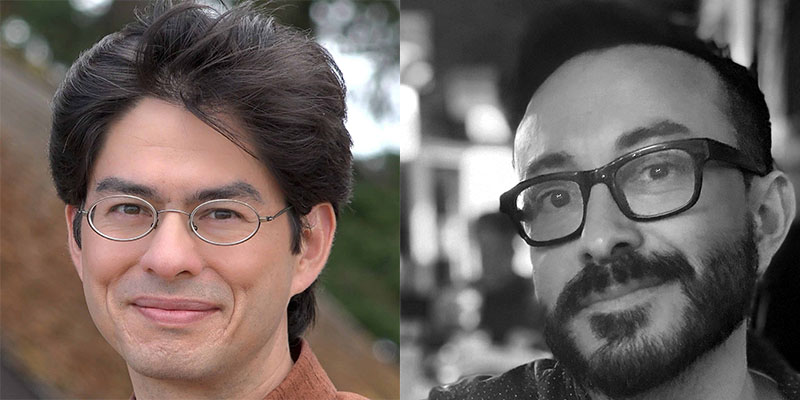 The Tirukkuṟaḷ, or Kural, for short, is considered a masterpiece of universal philosophy, ethics, and morality. Traditionally attributed to Thiruvalluvar, also known as Valluvar, the original text has been dated from 300 BCE to 5th century CE. The classic Tamil work is one of the most cited and translated ancient texts in existence; it has been translated into over 40 Indian and non-Indian languages and has never been out of print since its first publication in 1812.

In a new translation of the Kural, Thomas Hitoshi Pruiksma brings English readers closer than ever to the brilliant inner and outer music of Tiruvalluvar’s work and ideas. The work consists of 1,330 short philosophical verses, or kurals, that together cover a wide range of personal and cosmic experiences, such as —

Friendship is not a face smiling—friendship

Is a heart that smiles

Those who won’t give and enjoy—even with billions

Drawing on the poetic tradition of W. S. Merwin, Wendell Berry, and William Carlos Williams, and nurtured by two decades of study under Tamil scholar Dr. K. V. Ramakoti, Pruiksma’s translation transforms the barrier of language into a bridge, bringing the fullness of Tiruvalluvar’s poetic intensity to a new generation.

In the 134th episode of Town Hall’s In the Moment podcast, Pruiksma discusses his translation of the Kural with poet, editor, and translator, Dr. Ruben Quesada.

Thomas Hitoshi Pruiksma is an author, poet, performer, and teacher. His books include The Safety of Edges and Give, Eat, and Live: Poems of Avvaiyar. Pruiksma teaches writing for Cozy Grammar and has received grants and fellowships from the National Endowment for the Arts, 4Culture, Artist Trust, the Squaw Valley Community of Writers, the US Fulbright Program, the American Literary Translators Association, and Oberlin Shansi.

Dr. Quesada has served as an editor for AGNI, Pleiades, and The Kenyon Review. His writing appears in Best American Poetry, Ploughshares, and Harvard Review. He is an Associate Teaching Fellow at The Attic Institute and teaches for the UCLA Writers’ Program. He lives in Chicago.