Stuart Getty with Max Delsohn (livestream)
How to They/Them 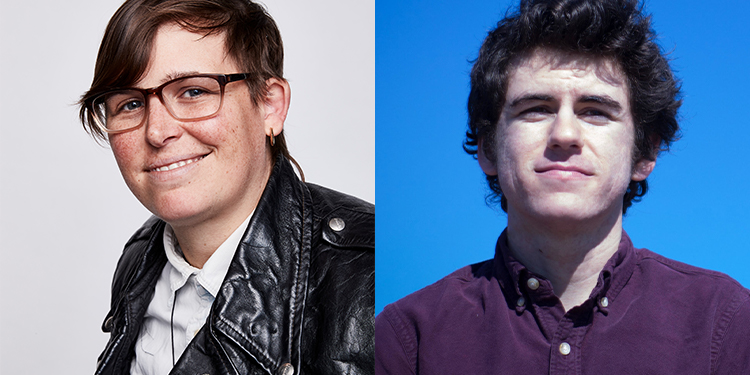 Ever wondered what nonbinary and gender nonconforming really mean? Genderqueer writer Stuart Getty joins us with a charming guide that answers that question and many more.

In this livestreamed presentation, Stuart Getty unpacks all your burning questions in a fun, visual way, in conversation with local comedian Max Delsohn. With clips from their short documentary, and insight from their book How to They/Them, Getty introduces a gender-friendly primer that emphasizes that it’s about more than just bathrooms and pronouns—it’s about gender expression and the freedom to choose how to identify. While the pronoun they might only be for some, Getty shares how that freedom to choose is for everyone. Don’t miss this friendly, gentle introduction to gender, which starts with they/them pronouns as an entry point but covers so much more.

Stuart Getty is a genderqueer writer, speaker, and filmmaker who works at IDEO, a design and consulting firm. Their short film theyTHEM has toured at festivals, and they regularly give talks at SXSW, TEDx, CreativeMornings, and elsewhere.

Max Delsohn is a comedian and writer from Seattle. Their comedy has been featured in 10,000 Laughs, Second City’s Break Out Comedy Festival, 208 Comedy Festival, Out of Bounds Comedy Festival, Intersections Festival, and StandUp NBC. They have published writing in The Rumpus, CutBank, and The Sonora Review, amongst other places. They are currently an MFA candidate in creative non-fiction at The Ohio State University.