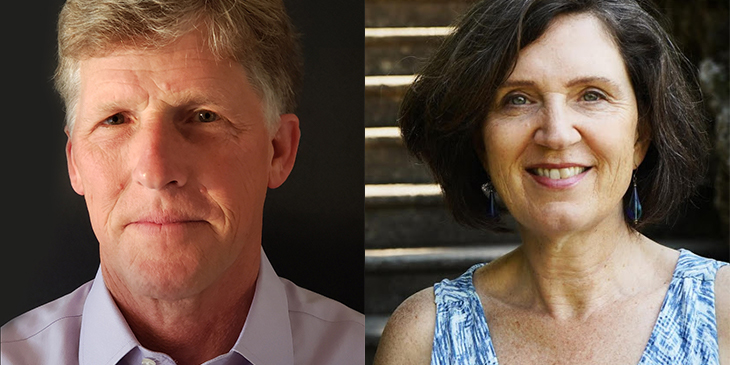 Plutonium was the first element to be manufactured by humans, and the Hanford Nuclear Facility in southeastern Washington State—which created plutonium for the bomb that eventually brought an end to World War II—has been largely overlooked in histories of the Manhattan project, according to author Steve Olson. What was considered a scientific triumph would lead to unimaginable destruction. Olson joins us with a dramatic story of human achievement and hubris, based on his book The Apocalypse Factory: Plutonium and the Making of the Atomic Age.

In conversation with poet Kathleen Flenniken, he shows us how in the midst of a devastating and deadly world war, fearing that the Germans would be the first to weaponize the atom, the United States rushed to research a nuclear chain reaction with unimaginable explosive power. This led to the creation of the Hanford facility, housing work by the likes of Glenn Seaborg and Enrico Fermi, and which would grow to encompass hundreds of thousands of physicists, engineers, laborers, and support staff. Through stories told by people associated with the Hanford site, Olson invites us to explore the genesis of the atomic age and its impact on the nuclear situation of today.

Steve Olson is a Seattle-based writer and author of several books, including Eruption: The Untold Story of Mount St. Helens and Mapping Human History: Genes, Race, and Our Common Origins. His work has been featured in Atlantic Monthly, Science, the Smithsonian, and others. He is a consultant writer for the National Academy of Sciences.

Kathleen Flenniken is a poet and educator in Seattle. She is the author of three poetry collections—including Plume, which is based on Hanford—and served as the Washington State Poet Laureate from 2012 to 2014. She teaches poetry in schools, and currently serves on the board of Jack Straw, an audio arts studio and cultural center.