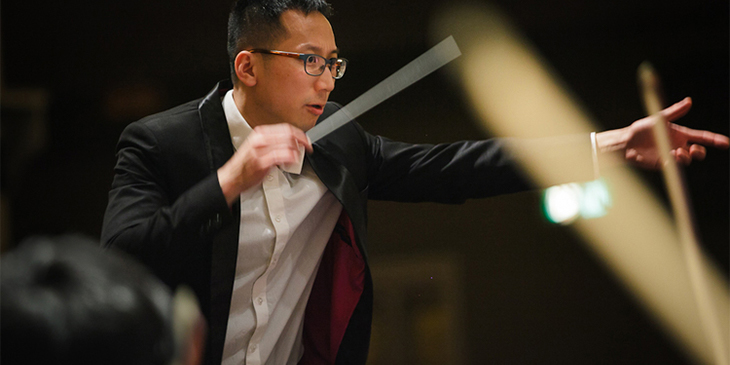 Like the film scores of today, many classical works were composed with a storyline in mind. Oftentimes, the storyline was more a reflection of real life events rather than some fictitious story. Puget Sound Symphony Orchestra’s (PSSO) Spring Concert pays tribute to the unknown heroes who have stood up to the oppression of the Ukrainian conflict. By May 21, PSSO hopes this concert acts as an epilogue to a conflict in the rear-view mirror. If not, let it be a prologue to a moment of redemption that is sure to arrive for the Ukrainian people.

Brahms composed the Tragic Overture as the turbulent sibling of his optimistic Academic Festival Overture. While it’s not associated with a specific story, Brahms described these overtures by saying “one laughs while the other cries..

Shostakovich’s October was written to commemorate the 50th anniversary of the October Bolshevik Revolution in 1917, which formed the roots of the Soviet Union. The piece represents the villain of the program, but there is a subtlety at play. Shostakovich had a complex relationship with the Soviet Union. Overtly, he composed for the greater good of the government. But deep down, he disliked many aspects of the regime, going so far as to include subtle anti-government passages in his music.

Sibelius is Finland’s most prominent composer whose music helped the country develop a national identity during its struggle for independence from Russia. It’s an uplifting and celebratory work that gives us all hope that Ukraine will soon find its peace and independence.