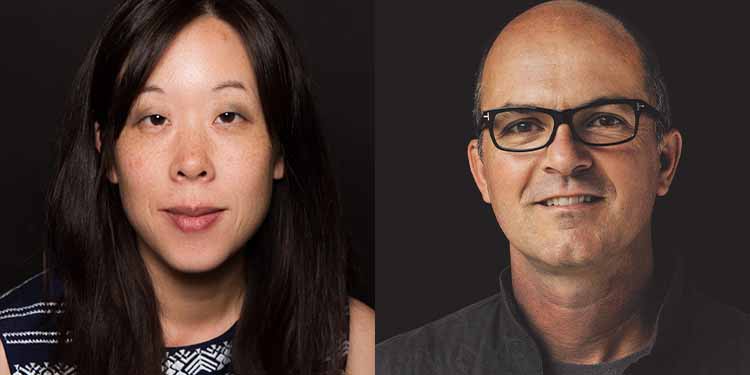 Music for the episode was provided by Lori Goldston. Goldston is a cellist, composer, improvisor, producer, writer, and teacher based in Seattle.

In May of 2008, a 7.9 magnitude earthquake struck Sichuan, China in the middle of the afternoon. Entire towns were destroyed, schools collapsed, and over 80,000 people died — many of them schoolchildren. When grief-stricken families were denied information about exactly who and how many children died, Chinese artist Ai Weiwei initiated a critical and controversial response by compiling their names and expressing a region’s collective grief through art.

Enter Ian Boyden, who first encountered the thousands of names while curating Ai’s 2016 exhibition, Ai Weiwei: Fault Line, at the San Juan Islands Museum of Art. Over the course of a year, Boyden read and translated the poetic essence of the children’s names and composed heartbreaking, elegiac verses in response. The resulting work, A Forest of Names, meditates on humanity, memory, and language. In our 109th episode of In the Moment, Shin Yu Pai and Boyden explore his haunting and healing tribute of the thousands of lives lost.

Ian Boyden is a visual artist, translator, writer, and curator whose work holds a deep awareness of East Asian aesthetics. He studied for several years in China and Japan and holds degrees in Art History from Wesleyan University and Yale University. His art and published work are found in many public collections including Reed College, Stanford University, the Portland Art Museum, and the Victoria & Albert Museum. His work is interdisciplinary, and past collaborations have involved scientists, poets, composers, and visual artists.

Shin Yu Pai is Program Director for Town Hall. She is the author of eleven books of poetry. Her work has appeared in publications throughout the U.S., Japan, China, Taiwan, the United Kingdom, and Canada. Her essays and nonfiction writing have appeared in Tricycle, YES! Magazine, The Rumpus, City Arts, The Stranger, Medium, and others.