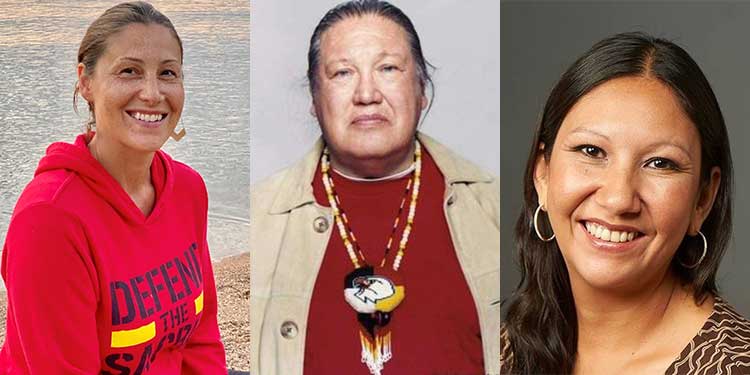 “Over the last three years in cities and on reserves and reservations across the continent, I have listened to Native people’s stories of loss, injustice and resilience. They are stories that echo Chief Peguis’ story. In myriad ways, each narrator’s life had been shaped by that same struggle: how to share space with a settler nation whose essential aim is to take all that is ours.” These are words from an article oral historian Sara Sinclair wrote for Salon last year, speaking about her mission to hear and share contemporary Indigenous stories.

This mission led to the creation of her edited collection How We Go Home: Voices from Indigenous North America. It gathers inclusive and diverse narratives from Indigenous voices, with a common thread: all of their lives have been shaped by loss, injustice, and resilience. Sinclair is joined in this virtual conversation by two of the narrators from How We Go Home, Robert Ornelas (Lipan Aparche/Ysleta del Sur Pueblo) and Althea Guiboche (Métis/Ojibwe/Salteaux), to discuss their own stories and experiences. Join them for this impactful and essential conversation about the cruel, ongoing dispossession of Indigenous people in North America—and their astounding spiritual wealth and fortitude.

Sara Sinclair is an oral historian, writer, and educator of Cree-Ojibwe and settler descent. She is the editor of How We Go Home: Voices from Indigenous North America. Sinclair teaches in the Oral History Masters Program at Columbia University. She has contributed to the Columbia Center for Oral History Research’s Covid-19 Oral History, Narrative, and Memory Archive; Obama Presidency Oral History; and Robert Rauschenberg Oral History Project She has conducted oral histories for the Whitney Museum of American Art, New York City Department of Environmental Protection, and the International Labor Organization, among others. She is co-editor of Robert Rauschenberg: An Oral History.

Robert Ornelas (Lipan Apache / Ysleta del Sur Pueblo) (who goes by “Zuben”) is a narrator in the oral history book, How We Go Home: Voices from Indigenous North America. After growing up in California experiencing shame for being Native and struggling with alcohol addiction, Robert sought out healing through Indigenous knowledge and community, particularly through the Sun Dance healing ceremony and Native sobriety groups. He later worked as a certified substance abuse counselor.

Althea Guiboche (Métis/Ojibwe/Salteaux) is a narrator in the oral history book, How We Go Home: Voices from Indigenous North America. After experiencing homelessness with her own young children, Althea became a community advocate for Winnipeg’s most vulnerable populations. She started the organization Got Bannock?, which serves meals to hundreds of people, in response to the constant need she saw around her. Althea helped to develop a definition of Indigenous homelessness in Canada that considers the structural issues contributing to the disproportionate number of Indigenous people among Canada’s homeless communities.