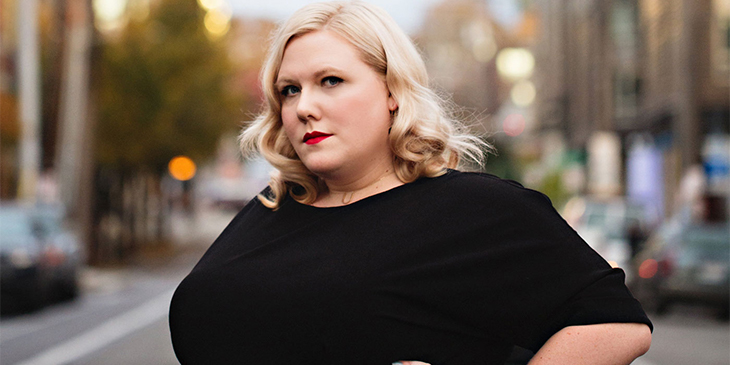 Lindy West is known for her bold, funny, and often deeply personal writing that aims to cancel shame from the daily dialogue of women, especially fat women. Seattle Arts & Lectures brings West to Town Hall’s stage for a conversation about her essays and writing, highlighting the people and ideas that inspire her work. West is a contributing opinion writer for the New York Times and the author of the bestselling memoir Shrill: Notes from a Loud Woman which was later adapted into a comedy for Hulu. Sit in for an exploration of this powerful writer’s motivations, and learn more about the history and future of her work.

Born and raised in Seattle, Lindy West went from writing snarky, sharp pieces in The Stranger to publishing her work in Jezebel, The Guardian, CQ, and Cosmopolitan. Her time at The Stranger is best known for her body positive essay “Hello, I am Fat” and her film review of Sex and the City 2, which went viral in 2010. West writes side-by-side with Samantha Irby and Aidy Bryant, of SNL fame, on Shrill. She is the founder of I Believe You, It’s Not Your Fault, an advice blog for teens, as well as the co-founder of the reproductive rights destigmatization campaign #ShoutYourAbortion.