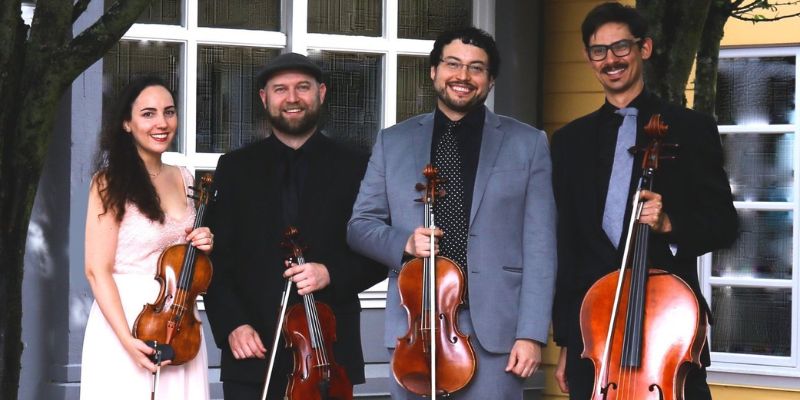 Philharmonia Northwest’s season opener explores how modern composers reinvented music of the past. Pulitzer Prize-winning composer Caroline Shaw was inspired by how music can “suddenly take you to the other side of Alice’s looking glass, in a kind of absurd, subtle, technicolor transition,” and wrote Entr’acte after hearing one of Haydn’s String Quartets. Based on Handel’s Concerto Grosso, Arnold Schoenberg’s Concerto for String Quartet and Orchestra is a rebellion against the Handelian style. Igor Stravinsky’s charming Pulcinella is based on songs of the 18th-century composer, Giovanni Pergolesi, with modern harmonies and orchestration.

Skyros has also performed on tour in Xi’an and Hangzhou, China. In 2019, Skyros had the honor of giving the West Coast premiere of the newly composed Piano Quintet by Philip Glass with concert pianist and commissioner Paul Barnes. In 2017, Skyros, along with cellist Eric Wilson (Emerson String Quartet emeritus), gave the Canadian premiere of Mikołaj Górecki’s Elegy for Cello and String Quartet at the University of British Columbia.