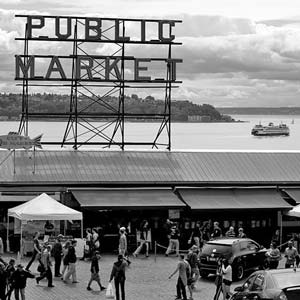 A “merry band” of professors, writers, lawyers, and others — formerly known as “The Beer and Culture Society,” eventually called Allied Arts — had a hand in shaping Seattle into the vibrant, artistic, civically-inclined city it is today. R.M. Campbell’s Stirring Up Seattle: Allied Arts in the Civic Landscape documents this transformation in the 1950s and subsequent decades, including Allied Arts’ efforts to preserve the things we love best about this city — Pike Place Market, funding for the arts, and a number of local cultural institutions. Campbell and Mary Coney — both original Allied Arts members — will appear in conversation with Town Hall founder David Brewster and Wes Uhlman, former Seattle mayor, to discuss the role of citizen activism in making Seattle what it is today.

Presented by: Presented by Town Hall in partnership with Elliott Bay Book Company, as part of the Civics series.