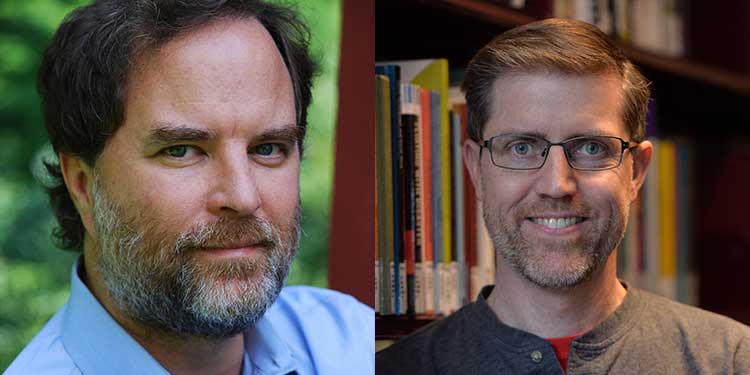 Popes and their inquisitors, emperors and their hangmen, commissars and their secret police–throughout history, all have sought to stanch the free flow of information. Efforts have ranged from being burned for attempting to translate the Bible, to dictionaries and encyclopedias being forbidden, to works of literature and science and history being trashed and pulped, and beyond. With this long tradition that still persists to this day, how do we create a universe of truthful and verifiable information, available to everyone?

This is a question that teacher and film producer Peter Kaufman has been grappling with. In his book The New Enlightenment and the Fight to Free Knowledge, he examines the history of attempts to stifle information, including what we see in present day. Although they can feel less outwardly insidious, Kaufman looks at what he considers the enemies of free thought in the 21st century, who have taken on new and different guises: giant corporate behemoths, sprawling national security agencies, gutted regulatory commissions. They work to surveil and control, and Kaufman argues they are no less nefarious than their predecessors. But far from leaving us in the gloomy realities, Kaufman invites us to consider the opportunities to mobilize, drafting a new social contract for our networked video age. Drawing upon the tactics of those fighting against earlier incarnations of knowledge restrictors, he presents a progressive agenda for how today’s free thinkers can band together now to fight and win. He asks us to consider: what does it mean to be a citizen in the 21st century?

A writer, teacher, and documentary film producer, Peter Kaufman works at MIT Open Learning and MIT’s Knowledge Futures Group. He previously served as Associate Director of Columbia University’s Center for Teaching and Learning. He has served as president and executive producer of Intelligent Television, founder of the Audio-Visual Think Thank at Sound & Vision in the Netherlands, and in a number of other prestigious roles with organizations that center on media and broadcasting. He is the author of numerous articles on media and education.

Dr. Cable Green is the Director of Open Education at Creative Commons, where he works with the global open education community to leverage open licensing, content, practices, and policies to significantly improve access to effective open education and research resources. He’s a leading advocate for open licensing and procurement policies that ensure publicly funded education materials are freely and openly available to the public that paid for them.