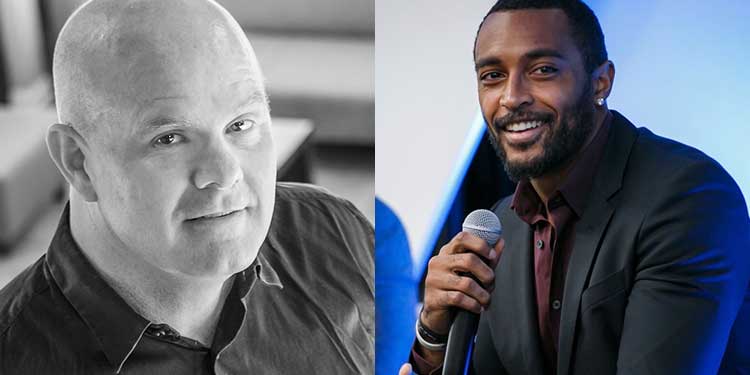 Paul Shoemaker believes America is approaching a looming inflection point. The author and social impact leader says that the massive upheavals over the last year is emblematic of how the social, economic, and health challenges facing us in the 2020s are radically different from those we faced even one generation ago. But far from feeling downtrodden by this challenge, Shoemaker argues that this can be an opportunity for undoing and expelling old ways of thinking and working and being. In his book Taking Charge of Change: How Rebuilders Solve Hard Problems, he introduces us to the leaders and change agents he dubs “Rebuilders,” and the five vital traits they use to solve big problems.

He sits down with one of those Rebuilders, retired Seahawk wide receiver Doug Baldwin, who Shoemaker profiled and celebrates for exemplifying the trait of “24-7 authenticity.” Together, they discuss Baldwin’s background, and how Baldwin thinks about his own leadership. He discusses his leadership on the field, elucidating how authenticity is especially relevant and important in a team setting, as well as his leadership now off the field, as he gears up to build the Family First Community Center in Renton. They consider the leadership of athletes speaking out on subjects outside of sports, and the power and responsibility in doing so. Join them for this optimistic conversation about the future of leadership, the cohesive skills to foster to become a Rebuilder, and how to be an agent of change amidst challenges.

Paul Shoemaker is the Founding President of Social Venture Partners International, a global network of thousands of social innovators, entrepreneurs, philanthropists, and business and community leaders. Before that, he spent over a decade as a global thought leader at Microsoft, Nestle, and as a consultant. He has spoken at TEDx and United Nations events, and has written for the Stanford Social Innovation Review and Huffington Post.

Doug Baldwin spent eight years in the NFL learning and unlearning identity. He is a believer in redemption. He was raised in Florida where he learned to survive, and attended Stanford where he learned curiosity. He is a proud husband and father. Mostly, he is a striving human aiming to serve.