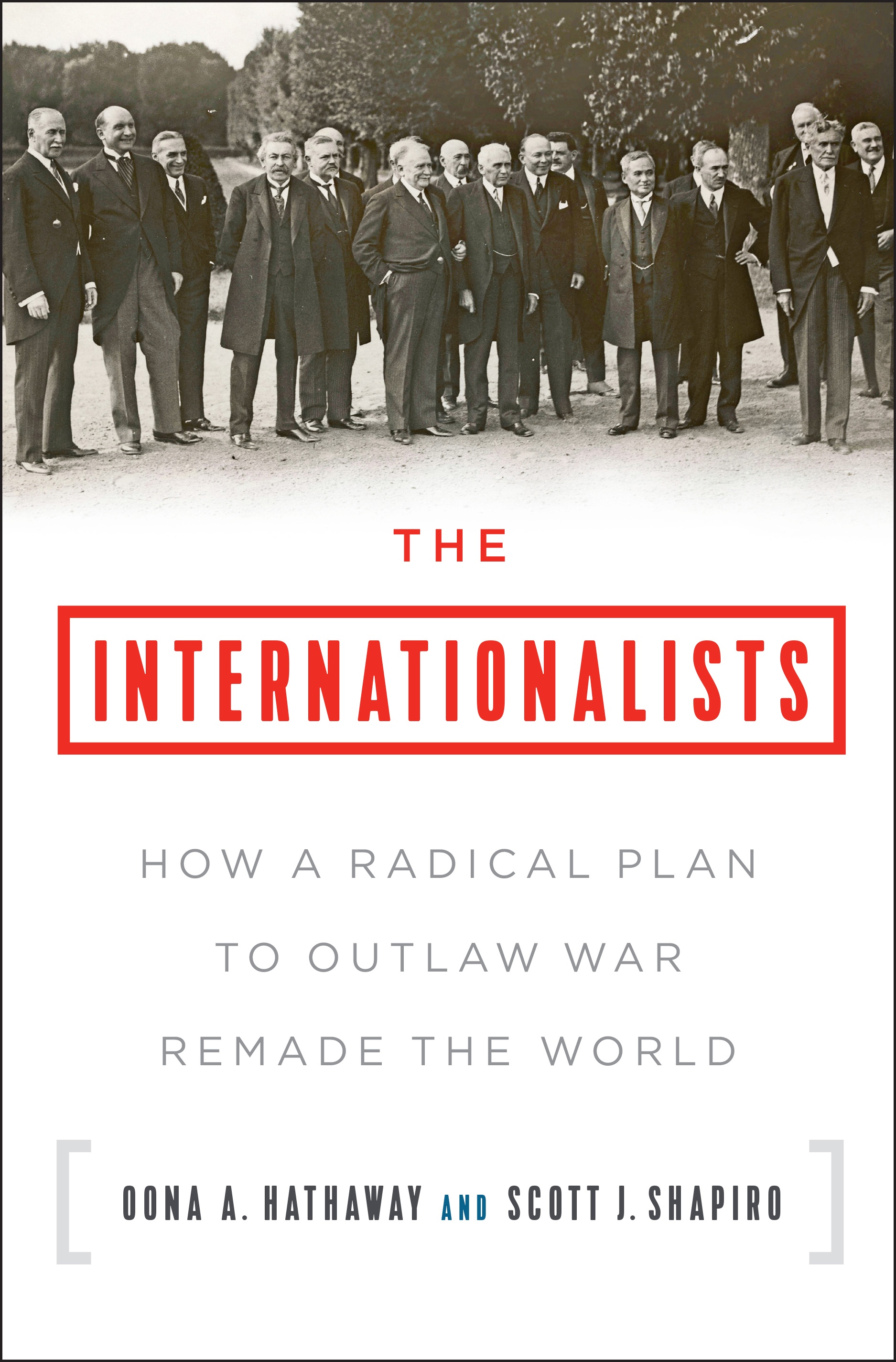 We outlawed war in 1928—what happened? Yale Law School professors Oona Hathaway and Scott Shapiro bring us The Internationalists: How a Radical Plan to Outlaw War Remade the World, a re-examination of the little-known and widely misunderstood Peace Pact treaty. The document sought to make war illegal the world over, and saw ratification by representatives from nearly every state in the world at the time. Yet every one of those states found themselves at war again within the decade.

How had the treaty failed, and what lessons does it hold for war and peace in the 21st century? Hathaway and Shapiro present us with the context and consequences of the Peace Pact, charting the evolution of warfare into the modern era from tanks and bombs to tariffs and sanctions. And most importantly they ask: is creating a world free of war still imaginable in an age when conflict seems more intractable than ever?