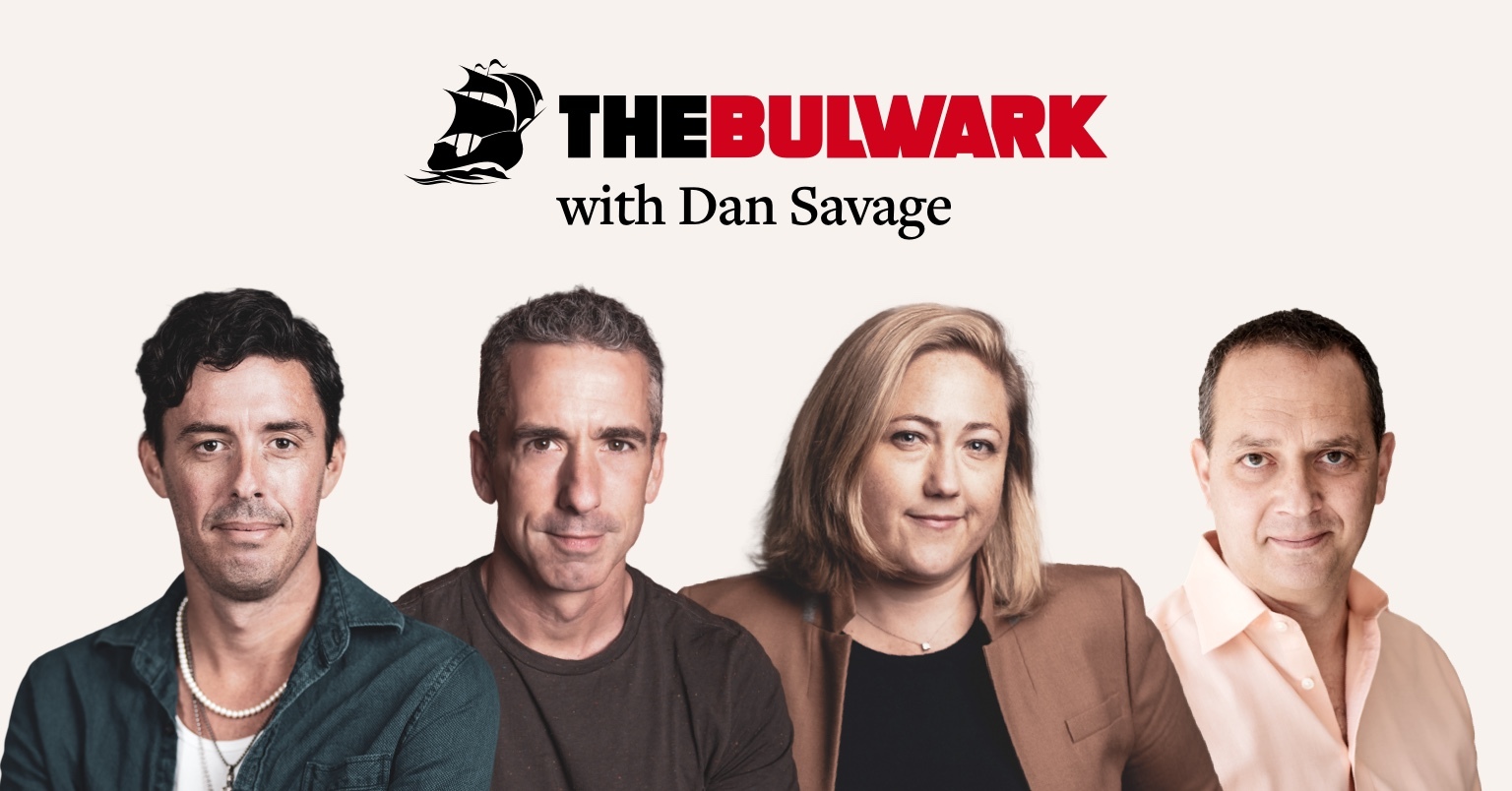 After a crucial midterm election where voters rejected the most extreme MAGA candidates across the country, the gang from The Bulwark — the home of the Never Trump movement — will gather in Seattle to look ahead at what to expect with the new divided Congress and the culture wars in the states. What’s ahead in the fight for the soul of the GOP and what should we expect from a Republican lead House? Will Biden run again and will Republican primary voters reject another Trump run for the Presidency?

Tim Miller will take the stage with Seattle legend Dan Savage, the “Savage Love” advice columnist and host of The Savage Lovecast podcast. The two will grill each other on politics and sex, and audience members will be encouraged to ask Tim and Dan their own questions about either. Or both! Plan to stick around after the program to meet fellow Bulwark members, staff, and friends.

Tim Miller is The Bulwark’s writer-at-large, an MSNBC Political Analyst and the author of the New York Times best seller Why We Did It: A Travelogue from the Republican Road to Hell. He was previously political director for Republican Voters Against Trump and communications director for Jeb Bush 2016.

Sarah Longwell is the Publisher of The Bulwark and President and CEO of Longwell Partners in Washington, DC. She is co-founder, with Bill Kristol, of the organization Defending Democracy Together (DDT) and executive director of the Republican Accountability Project. Her recent DDT projects are Republican Voters Against Trump and Republicans for the Rule of Law. Sarah is host of The Focus Group podcast and her writings have appeared in The Atlantic, The New York Times, and The Washington Post.

Jonathan V. Last is the editor of The Bulwark, the author of What to Expect When No One Is Expecting, and the editor of The Dadly Virtues: Adventures from the Worst Job You’ll Ever Love. He is co-host of several podcasts including The Next Level and The Sub-Beacon — a podcast on movies and pop-culture. His writings have been featured in The New York Times, The Wall Street Journal, The Los Angeles Times, and elsewhere.

Dan Savage is a sex advice columnist, a podcaster, and author, and has appeared on numerous television shows. “Savage Love,” Dan’s sex-advice column, first appeared in The Stranger, Seattle’s alternative weekly, in 1991. The column is now syndicated across the United States and Canada. Dan has published six books, his newest being Savage Love from A to Z: Dan and his husband Terry Miller founded the It Gets Better Project (IGBP), which was awarded an Emmy in 2012

Founded in 2018 by Sarah Longwell, Charlie Sykes, and Bill Kristol, The Bulwark focuses on political analysis and reporting without partisan loyalties or tribal prejudices. The Bulwark builds a home for the politically homeless with a community of independent-minded patriots who value democracy, honesty, and the exchange of ideas.

Presented by The Bulwark.