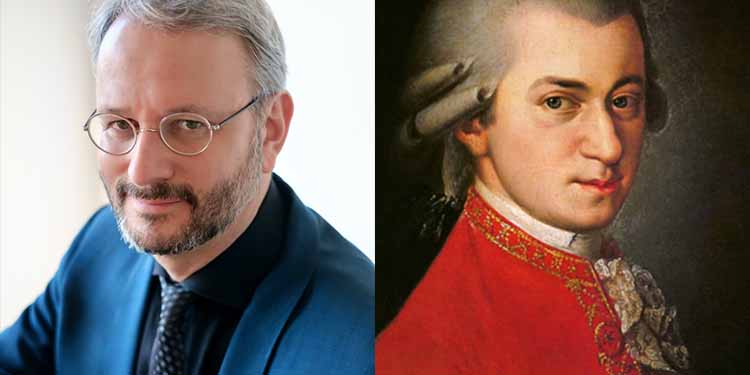 Continue the longtime Town Hall tradition and raise a glass to Mozart with pianist Byron Schenkman & Friends, in-person in The Forum! Schenkman, who is described as “a first class Mozartean” by Melinda Bargreen in The Seattle Times, has assembled a delightful program that includes: Mozart’s Violin Sonata in C, K. 296, and Trio in B-flat, K. 502, featuring violinist Teddy Wiggins and cellist Eli Weinberger; plus variations on Papageno’s famous aria from The Magic Flute by Josepha Barbara Auernhammer, Mozart’s student, colleague, and duet partner.

In-person tickets include a chocolate treat!

Byron Schenkman & Friends was founded in 2013 to bring new light to Baroque and Classical chamber music at Seattle’s Benaroya Hall and beyond. Each concert by Byron Schenkman & Friends revolves around a particular theme, often exploring the relationships of composers to each other and to their times. In addition to an annual six-concert series in Seattle, BS&F has been presented by the Anacortes Arts Foundation, Camerata Musica, Early Music Society of the Islands, and Early Music Vancouver. BS&F has also collaborated with the Portland Baroque Orchestra to present chamber music concerts in Portland, Seattle, Mount Vernon, and New York.

Presented by Town Hall Seattle and Byron Schenkman and Friends.