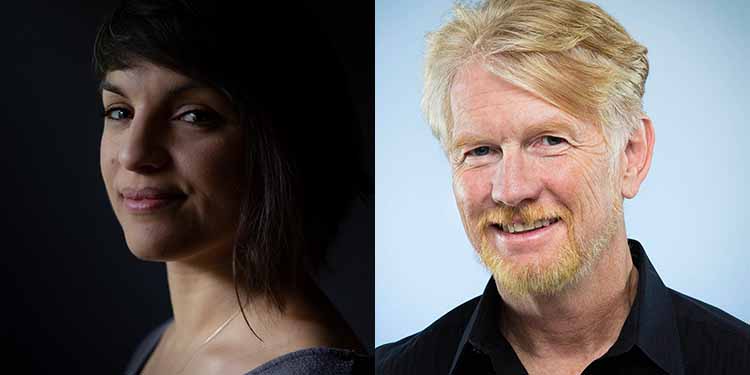 There’s no way around it — it’s a challenging time in America. Societies have lived through pandemics and political strife before, but never with powerful tools like social media and the Internet. It makes for a special brand of division that most of us have experienced in some way, from dinner table arguments with relatives to heated interactions at the grocery store. Have we forgotten how to interact and connect, despite our differences?

Journalist Mónica Guzmán knows the struggle all too well. She’s the liberal daughter of Mexican immigrants who voted — twice — for Donald Trump. She’s also the chief storyteller for the national cross-partisan depolarization organization Braver Angels, which works to bring Americans together and strengthen our democratic republic. When the country could no longer see straight across the political divide, Guzmán set out to cut through the fog and discovered the most eye-opening tool we’re not using: our own curiosity. In her new book, I Never Thought of It That Way, Guzmán draws from conversations she’s had, organized, or witnessed everywhere, from the echo chambers on social media to the raw, unfiltered fights with her family on election night. Guzmán shares how to put a natural sense of wonder to work by talking with people — rather than about them — and asking tough, meaningful questions across divides while maintaining openness and curiosity.

Together with political cartoonist David Horsey, Guzmán discusses how to overcome fear, labels, and assumptions and have human conversations with people whose identities and values are different from, or even opposed to, our own.

Mónica Guzmán is a journalist and entrepreneur who lives for good conversation sparked by challenging questions. She’s the cofounder of The Evergrey, an award-winning newsletter and community in Seattle, and serves as an adviser to Braver Angels, a national organization out to depolarize America, and Together Washington, an organization building collaborative local relationships among leaders in Washington state. Mónica is a former columnist at The Seattle Times, GeekWire, and the Columbia Journalism Review. She studied social and political division as a 2019 Henry M. Jackson leadership fellow, and spent the 2015-2016 academic year studying how journalists can evolve to better meet the needs of a participatory public as a Nieman Fellow at Harvard. She is an immigrant, a Latina, a dual U.S.-Mexico citizen, and the mom of two bilingual kids.

David Horsey is a two-time recipient of the Pulitzer Prize for political cartooning. Syndicated by Tribune Content Agency, David’s work has appeared in hundreds of media outlets, including The New York Times, The Washington Post, USA Today, Politico, and MSNBC.com. After a long career at Seattle Post-Intelligencer and six years as a political commentator for The Los Angeles Times, Horsey is now based at The Seattle Times.