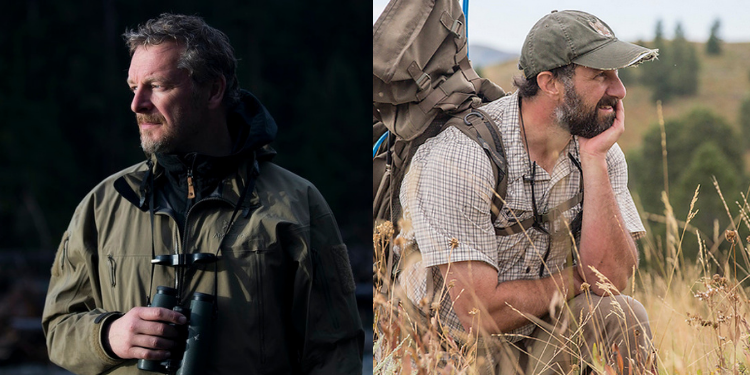 Mountain Lions aren’t frequent visitors to Seattle’s urban areas, though unconfirmed sightings have been reported in places like Discovery Park as recently as January 2021. But a little further to the east, mountain lions (also called cougars or pumas) are regularly spotted on rural farms and in hiking areas, parks, and suburban yards. Once hunted to the brink of extinction, mountain lions have made a massive comeback in North America. The Washington Department of Fish and Wildlife reports a mountain lion population between 3,500 and 4,000 in our state alone. Its recovery has led to some critical questions: Is their growing population leading to more sightings, or are human and cougar habitats colliding? Do mountain lions still need protection as a species or do increases in their numbers make them a threat to humans?

In his book, The Cougar Conundrum: Sharing the World with a Successful Predator, mountain lion biologist Mark Elbroch dispels myths about mountain lions and shares groundbreaking science about their social habits. Elbroch describes cougars as curious, cautious, and generally peaceful; they are keystone predators that enrich and support healthy ecosystems — our shared ecosystems. But Elbroch also acknowledges that cougars are also powerful hunters; is it possible for humans and mountain lions to coexist? Elbroch tackles this question and more, offering practical advice for wildlife managers, conservationists, hunters, and those living in communities where large predators are becoming more common.

Mark Elbroch is an internationally recognized expert on carnivores and cougars. He is Director of Panthera’s Puma Program and has contributed to cougar research and conservation in Idaho, California, Colorado, Wyoming, Washington, Mexico, and Chile. His work with mountain lions has been covered by National Geographic, the BBC, National Public Radio, The New York Times, Scientific American, and The Washington Post, among others. Elbroch is twice a National Geographic Explorer, a 2011 Robert and Patricia Switzer Foundation Fellow for environmental leadership, and the 2017 recipient of the Craighead Conservation Award for “creating positive and lasting conservation outcomes.” He is a regular contributor to National Geographic’s Cat Watch blog and has authored and coauthored ten books on natural history.

Chris Morgan is an ecologist and award-winning conservationist, educator, TV host, film producer, speaker, and podcaster. In 2019 Morgan partnered with KUOW in Seattle to produce and host “THE WILD with Chris Morgan,” a podcast series that takes listeners on immersive adventures into the wild to discover incredible species and conservationists. He has regularly hosted TV productions for PBS, National Geographic Television, BBC, and Discovery Channel, and has appeared on the Late Show with David Letterman. Morgan is a familiar host and voice of PBS NATURE and has narrated over twenty films since 2011.

Presented by KUOW and Town Hall Seattle as part of the Town Green series.