In The Moment Podcast, Ep. 107
Margaret Levi with Steve Scher
A Moral Political Economy: Present, Past, and Future 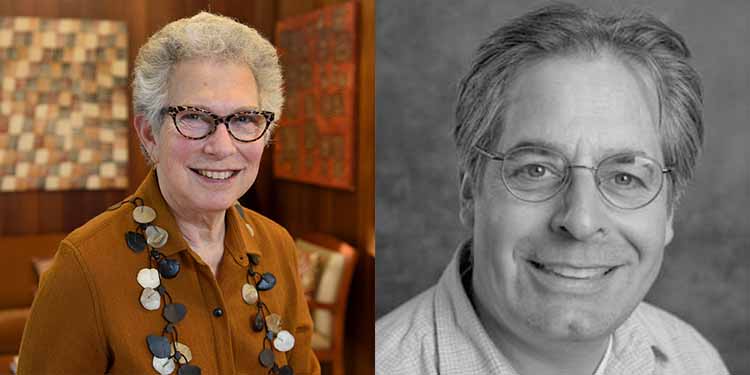 Lately, the words of Greek Philosopher Heraclitus seem to ring truer than ever: Change really is the only constant. As societies grapple with COVID-19, racial justice, environmental crises, and rapidly shifting technology, it’s become clear that the current political-economic framework is fraying. Is it time to make new moral and political choices about our future? How can we revamp current frameworks to fit an ever-changing set of needs?

Stanford University’s Center for Advanced Study in the Behavioral Sciences (CASBS) hosts an entire program dedicated to just that question. The “Creating a New Moral Political Economy” program comprises over 100 academics, journalists, politicians, civil society activists, and technologists concerned with the future of capitalist democracies, all led by political scientist Margaret Levi. Levi’s work with CASBS, along with former director Federica Carugati, led to the publication of their new book, A Moral Political Economy: Present, Past, and Future.

In Town Hall’s 107th episode of the In the Moment podcast, Steve Scher talks with Levi about the book and how economies reflect the moral and political choices that are forever made and remade, over and over again.

Margaret Levi is the Sara Miller McCune Director of the Center for Advanced Study in the Behavioral Sciences (CASBS), Professor of Political Science, and Senior Fellow of the Woods Institute for the Environment at Stanford University. She is the recipient of a vast array of honors and achievements, including the 2019 Johan Skytte Prize and the 2014 William H. Ryker Prize for Political Science. She has also been awarded several fellowships from major institutions including the National Academy of Sciences in 2015, the American Academy of Arts and Sciences in 2001, the American Academy of Political and Social Science in 2017, and the American Philosophical Society in 2018, among others. She was a John Simon Guggenheim Fellow in 2002.

Levi is the author or coauthor of numerous articles and six books. Her research continues to focus on how to improve the quality of government and how to generate a better political-economic framework. She is also committed to understanding and improving supply chains so that the goods we consume are produced in a manner that sustains both the workers and the environment.

Steve Scher is a podcaster and interviewer and has been a teacher at the University of Washington since 2009. He worked in Seattle public radio for almost 30 years and is Senior Correspondent for Town Hall Seattle’s In the Moment podcast.