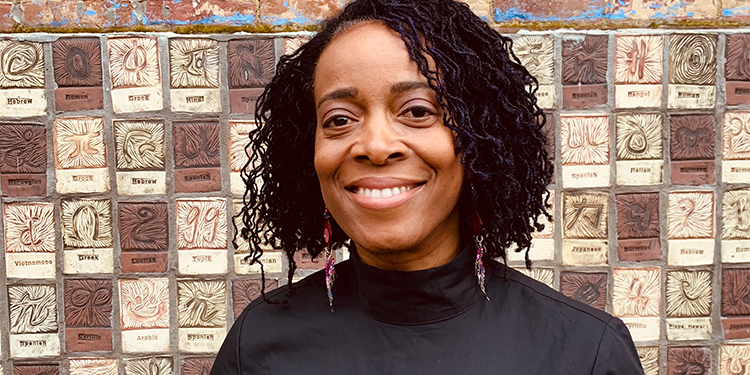 In this week’s episode, correspondent and poet Shin Yu Pai shares the fourth installment of Lyric World, featuring poet Yona Harvey in a conversation about Harvey’s newest book, You Don’t Have to Go to Mars for Love. Grounded deeply in the resistance of Black women, Harvey writes of ancestry, inheritance, and loss. Of Yona’s work, poet Afaa M. Weaver says, “Her voice is essential to making a cultural wholeness that would otherwise be impossible. This lyric, this unique, multimedia gift is evidence of an awakening only a few poets ever approach.”

Yona Harvey is an American poet, professor, and Marvel Comics writer. Her first poetry collection, Hemming the Water, garnered Harvey the Kate Tufts Discovery Award. Her work has been published and anthologized in numerous places, including Letters to the Future: Black WOMEN / Radical WRITING. She contributed to Marvel’s World of Wakanda with Ta-Nehisi Coates and Roxane Gay.

Lyric World: Conversations with Contemporary Poets is fiscally sponsored by Shunpike. The series is supported by grants from the City of Seattle’s Office of Arts and Culture, Windrose Fund, Poets & Writers, and The Satterberg Foundation.