Skip to content
In The Moment Podcast, Ep. 129
Laurie Winkless with Steve Scher
Sticky: The Secret Science of Surfaces 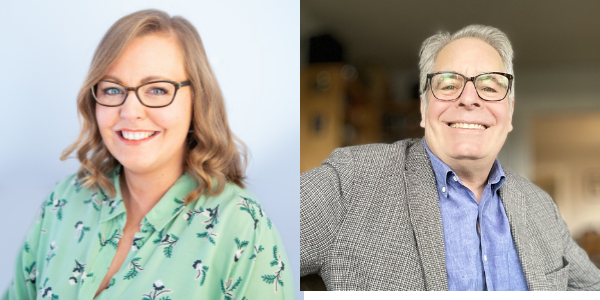 You are surrounded by stickiness. With every step you take, air molecules cling to you and slow you down; the effect is harder to ignore in water. When you hit the road, whether powered by pedal or engine, you rely on grip to keep you safe. The Post-it note and glue in your desk drawer. The non-stick pan on your stove. The fingerprints linked to your identity. The rumbling of the Earth deep beneath your feet, and the ice that transforms waterways each winter. All of these things are controlled by tiny forces that operate on and between surfaces, with friction playing the leading role.

In her new book, Sticky: The Secret Science of Surfaces, physicist Laurie Winkless explores some of the ways that friction shapes both the manufactured and natural worlds, and describes how our understanding of surface science has given us an ability to manipulate stickiness, down to the level of a single atom. But this apparent success doesn’t tell the whole story. Each time humanity has pushed the boundaries of science and engineering, we’ve discovered that friction still has a few surprises up its sleeve.

Steve Scher and Laurie Winkless discuss sticky situations of all kinds in the 129th episode of Town Hall’s In the Moment podcast.

Laurie Winkless is an Irish physicist-turned-science-writer, currently based in New Zealand. After her post-grad, she joined the U.K.’s National Physical Laboratory as a research scientist, where she specialized in functional materials. Since leaving the lab, Laurie has worked with scientific organizations, engineering companies, universities, and astronauts, amongst others. Her writing has featured in outlets including Forbes, Wired, Esquire, and The Economist. Her first book, Science and the City, was published by Bloomsbury Sigma in 2016.