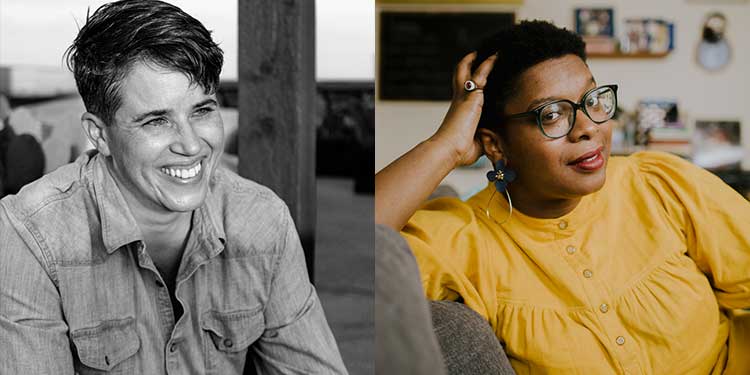 As an adult, Lauren Hough has had many identities: an airman in the U.S. Air Force, a cable guy, a bouncer at a gay club. As a child, however, she had none. Growing up as a member of the infamous cult The Children of God, Hough had her own self robbed from her. The cult took her all over the globe–to Germany, Japan, Texas, Chile–but it wasn’t until she finally left for good that she understood she could have a life beyond “The Family.”

In this deeply personal discussion, Lauren Hough joins us to share from Leaving Isn’t the Hardest Thing, her new memoir of essays, in conversation with writer and educator Ashley C. Ford. Hough brings us on her life journey, one where she’s loaded up her car and started over, trading one life for the next. She explores how she’s taken pilgrimages to the sights of her youth, been kept in solitary confinement, dated a lot of women, dabbled in drugs, and eventually found herself as what she always wanted to be: a writer. Most especially, she excavates a new identity, interrogating our notions of ecstasy, queerness, and what it means to live freely. She answers the question: how can one reclaim their past when carving out a future?

Lauren Hough was born in Germany and raised in seven countries and West Texas. She’s been an airman in the U.S. Air Force, a green-aproned barista, a bartender, a livery driver, and, for a time, a cable guy. Her work has appeared in Granta, The Wrath-Bearing Tree, The Guardian, and HuffPost.

Ashley C. Ford is a writer, host, and educator. Her memoir, Somebody’s Daughter, will be published by Flatiron Books on June 1, 2021. Ford is the former host of The Chronicles of Now podcast, co-host of The HBO companion podcast Lovecraft Country Radio, seasons one & three of MasterCard’s Fortune Favors The Bold, as well as the video interview series PROFILE by BuzzFeed News, and Brooklyn-based news & culture TV show, 112BK.