Skip to content
L.A. Kauffman
How to Read a Protest 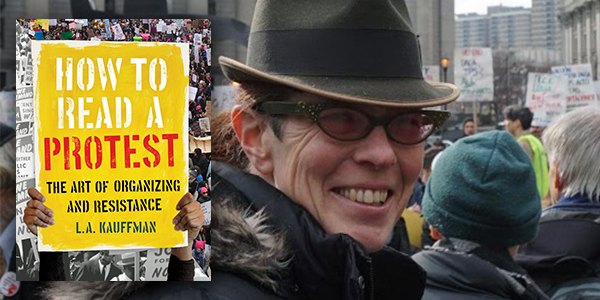 It feels powerful to march in a protest, but the enduring work that results from these demonstrations cannot often be seen in the moment. How and when does marching matter? Journalist and organizer L.A. Kauffman makes her way to Town Hall to lend us her thirty years’ experience on the front lines of numerous protests and demonstrations. Sharing wisdom from her book How to Read A Protest: The Art of Organizing and Resistance, Kauffman delves into the history of America’s major demonstrations, beginning with the legendary 1963 March on Washington. Using the signs that demonstrators carry as clues to how protests are organized, Kauffman explores the nuanced relationship between the way movements are made and the impact they have. Join Kauffman for an affirmation of the power of collective action and the bottom-up, women-led model for organizing that’s transforming what movements look like and what they can win.

L.A. Kauffman has spent more than thirty years immersed in radical movements as a participant, strategist, journalist, and observer. Kauffman coordinated the grassroots mobilizing efforts for the huge protests against the Iraq war in 2003-04. Her writings on American radicalism and social movement history have been published in The Nation, n+1, The Baffler, and many other outlets.