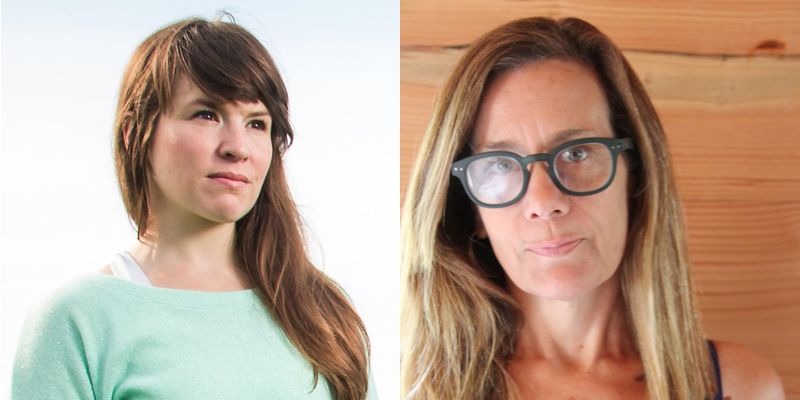 Before there was Kate Beaton, the New York Times bestselling cartoonist of Hark! A Vagrant, there was Katie Beaton of the Cape Breton Beatons — specifically Mabou, a tight-knit seaside community where lobster is as abundant as beaches, fiddles, and Gaelic folk songs. With the singular goal of paying off her student loans, Katie heads out west to take advantage of Alberta’s oil rush — part of the long tradition of East Coasters who seek gainful employment elsewhere when they can’t find it in the homeland they love so much. Katie encounters the harsh reality of life in the oil sands, where trauma is an everyday occurrence yet is never discussed.

Beaton’s natural cartooning prowess is on full display as she draws colossal machinery and mammoth vehicles set against a sublime Albertan backdrop of wildlife, northern lights, and boreal forest. Her first full length graphic narrative, Ducks: Two Years in the Oil Sands blends history, politics, and memoir in an untold story of Canada: a country that prides itself on its egalitarian ethos and natural beauty while simultaneously exploiting both the riches of its land and the humanity of its people.

Kate Beaton is a Canadian cartoonist who appeared on the comics scene in 2007 with her online work Hark! A Vagrant. She has published two books with Drawn & Quarterly: Hark! A Vagrant and Step Aside Pops: A Hark! A Vagrant Collection, which spent five and six months on the New York Times graphic bestseller list respectively. She has also appeared on best-of-the-year lists from Time, The Washington Post, Vulture, E!, and more. She has also published two picture books: King Baby and The Princess and the Pony. Beaton lives in Cape Breton, Canada.

Claire Dederer is a bestselling memoirist, essayist, and critic. Her books include the critically acclaimed Love and Trouble: A Midlife Reckoning, as well as Poser: My Life in Twenty-three Yoga Poses, which was a New York Times bestseller. Poser has been translated into eleven languages, optioned for television by Warner Bros., and adapted for the stage. A longtime contributor to The New York Times, her work has also appeared in The Paris Review, The Atlantic, The Nation, Vogue, and many other publications. She began her career as the chief film critic for Seattle Weekly.