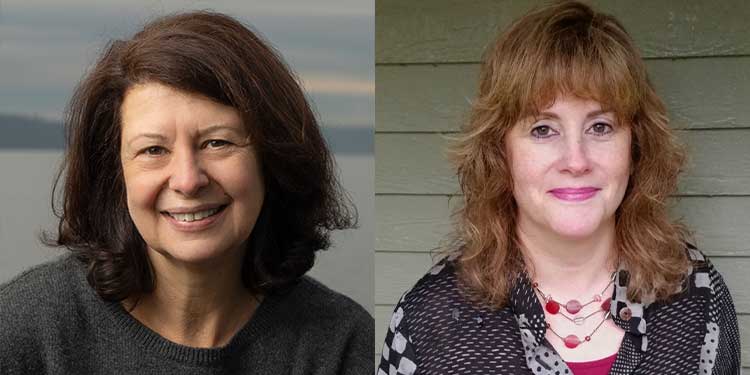 In Hungary, one summer’s night in 1969, Judy Temes’ family packed the car for, what was supposed to be, a vacation to Vienna. Judy’s parents took her 12-year-old brother and left her behind. She was five-years-old and was given to her grandmother.

Her family wasn’t taking a vacation. They were escaping Hungary’s totalitarian regime. Her father, a doctor who survived the Holocaust, was using tourist visas that allowed entry into a Western country. Such visas were given under one particular condition. One child had to be left behind. This was the government’s way to ensure that citizens who left the country would return.

Girl Left Behind is Judy Temes’s memoir, a story in which she didn’t know why her family left her, nor if she’d ever see them again. It’s a story of loss and trauma, the horrors of political strife and the cost of immigration policies. It’s the story of what it means growing up without a sense of home until you define it yourself.

Judy Temes is a Seattle-based teacher, writer, and journalist whose work has been published in The Boston Globe, The Patriot Ledger, and other publications.

Tina Schumann is a widely published poet and editor of the anthology Two-Countries, U.S. Daughters, and Sons of Immigrant Parents. Her work has appeared in The American Journal of Poetry, Ascent, Michigan Quarterly Review, Poetry Daily, Verse Daily, and read on NPR’s The Writer’s Almanac.