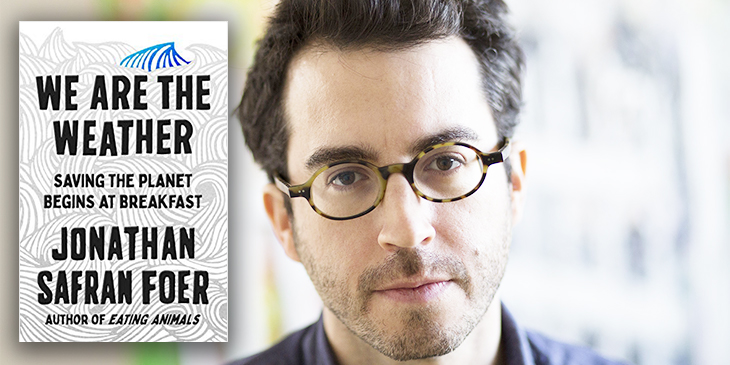 Will future generations distinguish between those who didn’t believe in the science of climate change and those who said they accepted the science but didn’t act? And for those who do accept the reality of human-caused climate change, what does immediate action look like? Author Jonathan Safran Foer takes Town Hall’s stage to explore this central dilemma of our time in a surprising, creative, and urgent new way. He’s joined onstage in conversation with legendary local journalist and radio host Steve Scher to explore insight from Foer’s book We Are the Weather: Saving the Planet Begins at Breakfast. Together, Foer and Scher discuss the ways that humanity has turned our planet into a farm for growing meat. They reckon with Foer’s assertion that catastrophic climate change has resulted from this meat production, and consider how our descendants will judge our actions at this crucial moment. Join Foer and Scher for a discussion on collective action against climate change that starts with what we eat—and don’t eat—for breakfast and lunch.

Jonathan Safran Foer is the author of the novels Everything Is Illuminated, Extremely Loud and Incredibly Close, and Here I Am, and of the nonfiction book Eating Animals. His work has received numerous awards and has been translated into thirty-six languages.

Steve Scher is a Seattle-based journalist and radio host. He served at KUOW for 28 years on programs such as Weekday and The Record. He currently hosts and produces the podcast At Length with Steve Scher, and is the Chief Correspondent for Town Hall’s insider podcast In The Moment.