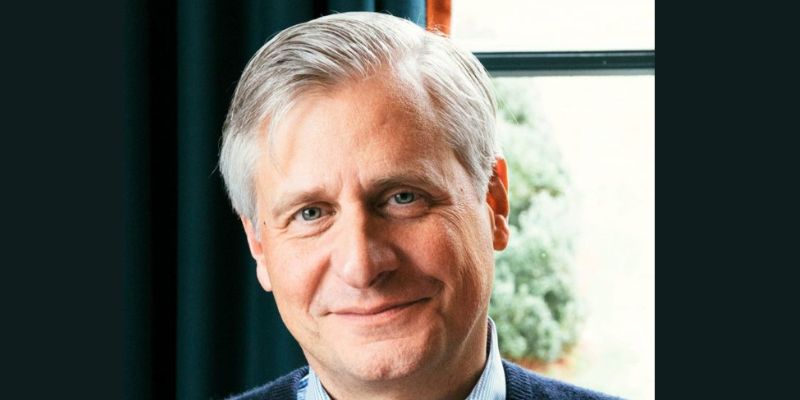 Pulitzer Prize–winning biographer Jon Meacham chronicles the life of Abraham Lincoln in And There Was Light, charting how — and why — he confronted secession, threats to democracy, and the tragedy of slavery to expand the possibilities of America. “Written with wisdom and grace, his story of Lincoln’s complex moral journey to Emancipation mirrors America’s long and troubled quest to live up to its founding ideals,” writes Doris Kearns Goodwin.

And There Was Light tells the story of Lincoln from his birth on the Kentucky frontier in 1809 to his leadership during the Civil War to his tragic assassination in 1865: his rise, his self-education, his loves, his bouts of depression, his political failures, his deepening faith, and his persistent conviction that slavery must end. In a nation shaped by the courage of the enslaved of the era and by the brave witness of Black Americans, Lincoln’s story illustrates the ways and means of politics in a democracy, the roots and durability of racism, and the capacity of conscience to shape events.

A president who governed a divided country has much to teach us in a twenty-first-century moment of polarization and political crisis. Hated and hailed, excoriated and revered, Abraham Lincoln was at the pinnacle of American power when implacable secessionists gave no quarter in a clash of visions bound up with money, race, identity, and faith. In him we can see the possibilities of the presidency as well as its limitations.

Joe Meacham is the best-selling author of Thomas Jefferson: The Art of Power, American Lion: Andrew Jackson in the White House, Franklin and Winston, Destiny and Power: The American Odyssey of George Herbert Walker Bush, His Truth Is Marching On: John Lewis and the Power of Hope, as well as The Soul of America: The Battle for Our Better Angels.

In addition to his work as a prolific biographer, Meacham is a distinguished visiting professor at Vanderbilt University, a contributing writer for The New York Times Book Review, and a fellow of the Society of American Historians. Meacham lives in Nashville with his wife and children.

Margaret O’Mara is the Howard & Frances Keller Endowed Professor of History at the University of Washington. She writes and teaches about the growth of the high-tech economy, the history of U.S. politics, and the connections between the two. O’Mara is a leading historian of Silicon Valley and the author of two acclaimed books about the modern American technology industry: The Code: Silicon Valley and the Remaking of America (Penguin Press, 2019) and Cities of Knowledge: Cold War Science and the Search For The Next Silicon Valley (Princeton, 2005). She also is a historian of the American presidency and author of Pivotal Tuesdays: Four Elections that Shaped the Twentieth Century (Penn Press, 2015). She is a coauthor, with David Kennedy and Lizabeth Cohen, of the widely used United States history college textbook, The American Pageant (Cengage).

O’Mara’s historical perspective on current events also has been seen and heard on a range of major broadcast television and radio outlets, including CNN, MSNBC, PBS, BBC, CBC, and NPR. Prior to her academic career, she served in the Clinton Administration, working on economic and social policy in the White House and in the U.S. Department of Health and Human Services. She lives outside Seattle with her husband Jeff, two teenage daughters, and world’s best dog.

Seattle Arts & Lectures (SAL) cultivates transformative experiences through story and language with readers and writers of all generations. This program is part of their Literary Arts series, featuring talks and conversations with the leading fiction and non-fiction writers of our time. Learn more about SAL programs here.

This event is presented by Seattle Arts & Lectures. If you have questions about the event, please contact them directly at boxoffice@lectures.org or call (206) 621-2230.