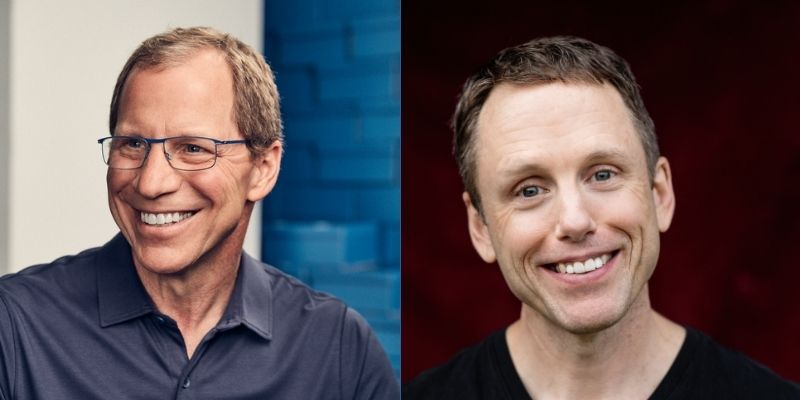 As a hockey-loving kid from Minnesota, Jim Weber always had a competitive spirit and a knack for leadership. In the seventh grade, he wrote that he wanted to become an NHL hockey player, and his second choice was to someday run a successful company. Although his hockey dreams didn’t quite pan out, Weber further honed his leadership skills in college, earning his undergrad in business management followed by an MBA from the Tuck School of Business.

As Weber’s career continued to grow, he worked in banking and held leadership roles with several large consumer product brands, including Pillsbury and Coleman. But in 2001, Weber’s career — and the trajectory of a local athletic brand — shifted when he became the CEO of Brooks Running and put a purpose-driven approach at the center of it all. The struggling brand had seen four CEOs in the past two years, and the staff betting pool had him lasting four months. Weber devised a one-page strategy that he believed would save the company and lay the foundation for Brooks to become a leading brand in running. It would require courage, conviction, and fortitude for the team to out-execute much larger brands. But as the saying aptly goes, the process was a marathon, not a sprint; as Brooks blossomed, it caught the attention of Warren Buffett, who declared it a standalone subsidiary of Berkshire Hathaway Inc. in 2012.

Today, people yearn for authentic leadership and the desire to attach to brands and people they can trust. In his new book, Running with Purpose, Weber shares some of his most powerful insights and leadership principles that he believes are essential to building trust and drawing people to a purpose bigger than themselves.

Joined in conversation with avid Seattle runner and radio personality John Richards, Weber offers a framework for anyone looking to apply purpose in their life – both professionally and personally.

Jim Weber has been the CEO of Brooks Running Company since 2001. Weber’s professional journey includes leadership roles for several consumer product brands such as chairman and CEO of Sims Sports, president of O’Brien International, vice president of The Coleman Company, and various roles with The Pillsbury Company. Weber was also managing director of U.S. Bancorp Piper Jaffray Seattle Investment Banking practice and a commercial banking officer at Norwest Bank Minneapolis (now Wells Fargo). He received a bachelor’s degree from the University of Minnesota’s Carlson School of Management and a Master of Business Administration degree with high distinction from the Tuck School of Business at Dartmouth College.

John Richards is the KEXP Program Director and host of The Morning Show on KEXP. He has helped turn the Seattle radio station into one of the most loved and trusted public radio stations in the world. John is also the creator and host of KEXP’s Running Podcast, a mix of music and inspiration for runners, and hosts the Dr. and the DJ podcast with his wife Dr. Amy Lindsey. He is the owner of the bar Life on Mars on Capitol Hill and the father of two boys and one dog.

This event is sponsored by Brooks Running. Brooks will match all ticket sales from the event with a donation to the Brooks Booster Club, a grant program that provides performance running gear and funding to under-resourced high school cross country and track teams.