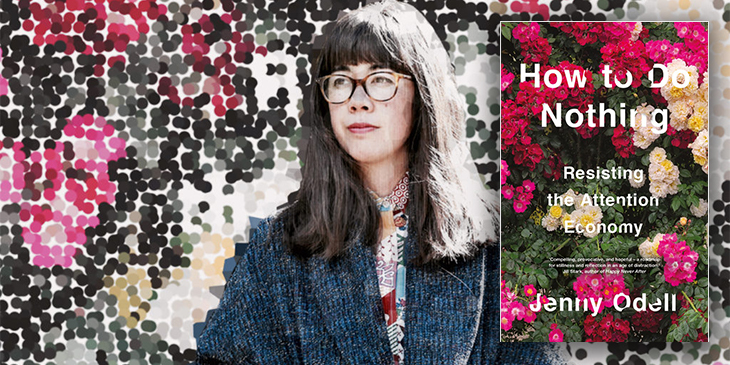 Artist and critic Jenny Odell sees our attention as the most precious—and overdrawn—resource we have. Town Hall joins with UW Communication Leadership Graduate Program to present Odell on Town Hall’s stage, in conversation with political reporter Austin Jenkins. Odell and Jenkins address the dilemma of life in an age of constant distraction. They advocate for us to reclaim our own attention, redefining what we think of as productivity and reconnecting with the people and places that surround us. Odell rebukes the idea that we must be online all the time, highlighting the corporate profit models built around cultivating our compulsion to stay logged in for fear of “missing out.” Together Odell and Jenkins invite us to a critical discussion about how to coexist with ubiquitous technology and arrive at more meaningful understandings of happiness and progress.

Jenny Odell is a multidisciplinary artist and writer based in Oakland, California. Her work examines the ways in which attention (or lack thereof) leads to consequential shifts in perception at the level of the everyday. Odell has exhibited work locally and internationally, and her writing has appeared in the New York Times, Salon, the Paris Review, McSweeney’s, and Sierra Magazine.

Since January 2004, Austin Jenkins has been the Olympia-based political reporter for the public radio Northwest News Network. He is also the host of “Inside Olympia” on TVW, Washington’s C-SPAN network. Austin is a graduate of Garfield High School in Seattle and Connecticut College in New London, Connecticut.

Presented by Town Hall Seattle and the University of Washington Communication Leadership Program with media support by Crosscut.