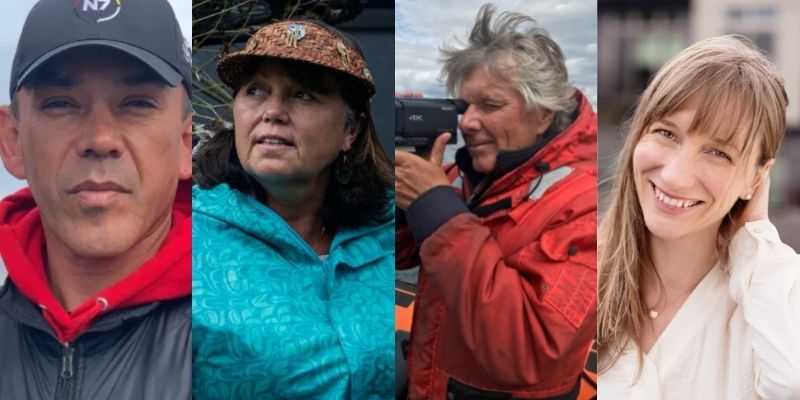 The Salish Sea was once the primary source of orcas for aquariums; from 1964 to 1976, more than 50 southern resident killer whales (SRKW) were taken into captivity and sold to oceanariums and marine mammal parks throughout the world. In 1970, a killer whale named Tokitae (also known as Sk’aliChelh-tenaut and Lolita), was captured from Penn Cove on Whidbey Island and sold to the Miami Seaquarium. For over 51 years, she has lived in the smallest orca tank in North America. She is the last surviving SRKW in captivity.

For members of the Lummi Nation, whose kinship with the SRKW runs deep through their language and culture, Tokitae’s captivity is painful — she is a kidnapped relative, and they want to bring her home. The campaign for Tokitae’s return to the Salish Sea is not new; for decades, activists have made efforts to retire her to a seaside sanctuary in the Salish Sea. But despite ongoing protests and requests to meet, the Miami Seaquarium has allegedly refused to budge, insisting that Tokitae is better off in captivity.

The campaign has picked up further steam in recent months with the publication of a USDA report indicating numerous Animal Welfare Act violations by the Miami Seaquarium, including improper feeding, forced performances despite injuries, and inadequate living conditions. Other recent reports indicate that Tokitae’s health may already be in serious decline. Could the violations, coupled with increased awareness of the ongoing campaign, be the catalysts needed for Tokitae’s safe return to the Pacific Northwest?

Jay Julius is a fisherman, former Chairman and Councilman at Lummi Nation, and a leader in the fight to protect Xwe’chi’eXen (Cherry Point). He has organized and executed Tribal, local, regional, and national campaigns. A bridge-builder, he uses empathy and storytelling to bring people together. Jay has spoken at TEDx, as well as educational institutions, public hearings and events, corporate meetings, and in documentary films. Whether speaking about salmon, the Salish Sea, Treaty rights, youth empowerment, or otherwise, Jay moves and inspires people because he always speaks from the heart. (Photo far left: by Angela Sterritt/CBC)

Ellie Kinley is a Lummi tribal fisher, mother, activist, and the president of the land conservation non-profit Sacred Sea. Every generation of her family since time immemorial has fished the Salish Sea. In her work to protect the life and waters of her people’s traditional territory, she has testified before U.S. and Canadian governmental agencies, worked for Lummi Nation’s Sovereignty and Treaty Protection Office, and currently serves as an elected member of Lummi Nation’s Fisheries and Natural Resources Commission. She is a founding board member and Vice President of the Whatcom Commercial Fisherman’s Association. Ellie is a passionate spokesperson for salmon and qwe’lhol’mechen (orcas), having been a keynote speaker at a number of events, and featured in various media projects. She is co-host of the upcoming Sacred Sea podcast. (Photo second from left: by Damon Winter/New York Times)

Bonnie Swift is a writer, editor, and creator and narrator of the audio story, Tokitae. Her first love was radio and podcast, but she’s also worked as an architectural historian, as a freelance editor, and in healthcare research. Bonnie grew up in the islands of the Pacific Northwest and currently lives in Seattle.