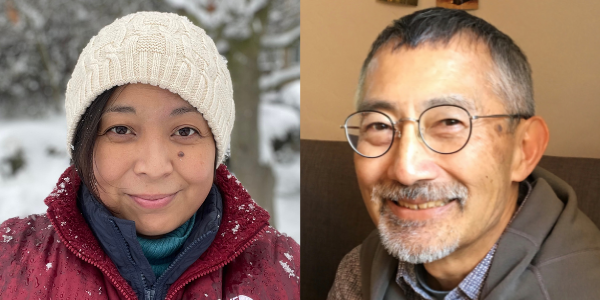 Tsuru for Solidarity is a nonviolent, direct action project of Japanese American social justice advocates working to end detention sites and support front-line immigrant and refugee communities that are being targeted by racist, inhumane immigration policies. In the 124th episode of Town Hall’s In the Moment podcast, Jasmine Pulido interviews writer and community activist Stanley Shikuma about Tsuru for Solidarity’s work and advocacy to close all U.S. concentration camps.

The release of this episode is close to The Day of Remembrance (DOR), a day of commemoration of the forced removal and incarceration of Japanese Americans during World War II. On February 19, 1942, President Franklin D. Roosevelt signed Executive Order 9066 which gave the U.S. Army the authority to remove and incarcerate approximately 120,000 Americans of Japanese ancestry from the “military areas” established in West Coast states during WWII. On or around February 19, events are held in numerous U.S. states, especially in California, Oregon, and Washington, to remember the impact of the experience on communities and educate others about civil liberties — and their fragility.

Stan Shikuma is a social activist, community organizer, writer, and retired nurse. He grew up in Watsonville, CA, and studied at Stanford University, UC Berkeley, and the University of Washington. He currently serves as Co-President of the Seattle Chapter of the Japanese American Citizens League and is actively involved in Tsuru for Solidarity, Tule Lake Pilgrimage, From Hiroshima to Hope, Tech Equity Coalition, and the Asian Pacific American Labor Alliance. As a longtime taiko (Japanese drum) player, he also performs, writes, and lectures on the history, teaching, and performance of taiko in North America.

Jasmine M. Pulido is a Filipino American writer-activist and community journalist living in Seattle, WA. She is currently pursuing her Master’s of Arts in Social Change with an emphasis on transformative justice.