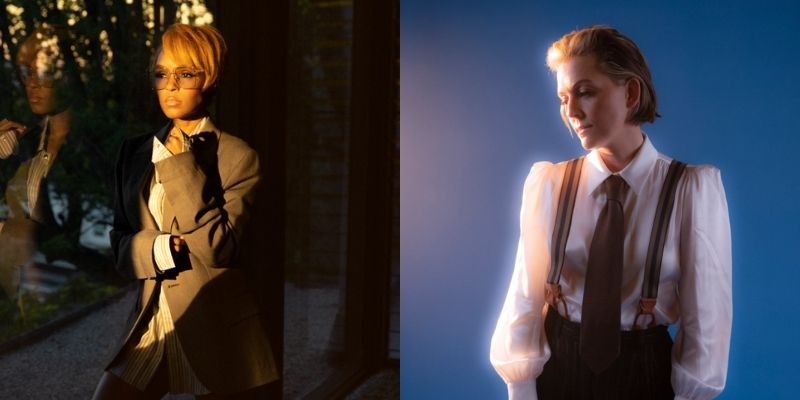 From groundbreaking musician, actor, fashion icon, and futurist Janelle Monáe and an outstanding group of collaborators comes The Memory Librarian, a collection of short fiction, bringing to the written page the rebellious and Afrofuturistic world of Monáe’s critically acclaimed album Dirty Computer.

Janelle Monáe, Alaya Dawn Johnson, Danny Lore, Eve L. Ewing, Yohanca Delgado, and Sheree Renée Thomas have delivered a sexy, soulful, and dissident collection of tales that expands the bold vision of Dirty Computer — in which Monáe introduced us to a world where people’s memories — a key to self-expression and self-understanding — could be controlled or erased by an increasingly powerful few. And whether human, artificial intelligence, or something in-between, citizen’s lives and sentience were dictated by those of the New Dawn, who’d convinced themselves they had the right to decide fate — that was, until Jane 57821 remembered and broke free.

Grown from the soil of that mythos, the stories in The Memory Librarian explore the lives of those living in the heart and at the edges of a growing surveillance-hungry, totalitarian order — striving to see and hold on to their “dirtiness” without being tracked down and cleaned. Perfect for fans of Octavia Butler, Ted Chiang, Becky Chambers, and Nnedi Okorafor, The Memory Librarian is a story collection filled with the artistic innovation and brave themes that have made Janelle Monáe a global influence; an anthology that sees our battles about gender identity, political violence, and sexuality as matters of space, time, love, and, of course, the power of memory.

Janelle Monáe is widely celebrated as an American singer/songwriter, actress, producer, fashion icon, and futurist whose globally successful career spans over a decade. With her highly theatrical and stylized concept albums, she has garnered eight Grammy nominations and has developed her own label imprint, Wondaland Arts Society. Monáe has also earned great success as an actor, starring in critically acclaimed films including Moonlight, Hidden Figures, Harriet, The Glorias, and the 2020 horror film Antebellum. She will star in the highly anticipated sequel Knives Out 2. The Memory Librarian is her debut book.

Yohanca Delgado is a 2021-2023 Wallace Stegner fellow at Stanford University and a 2022 National Endowment for the Arts recipient. Her writing appears in New York Times Magazine, Best American Science Fiction and Fantasy, The Paris Review, One Story, A Public Space, Story, and elsewhere. She holds an MFA in Creative Writing from American University and is a graduate of the 2019 Clarion workshop. She is an assistant fiction editor at Barrelhouse, a 2021 Emerging Critic at the National Book Critics Circle, and a member of the inaugural Periplus Collective mentorship program.

Brandi Carlile is a six-time Grammy Award-winning singer, songwriter, performer, producer, and author. She has collaborated with Elton John, The Highwomen, Tanya Tucker, Soundgarden, Alicia Keys, Dolly Parton, Barry Gibb, Leslie Jordan, Brandy Clark and more. She was awarded Billboard’s Women In Music Trailblazer Award and CMT’s Next Women of Country Impact Award, among many other honors. Her latest album, In These Silent Days, was inspired by the mining of Carlile’s own history while writing last year’s #1 New York Times Best Selling memoir, Broken Horses.