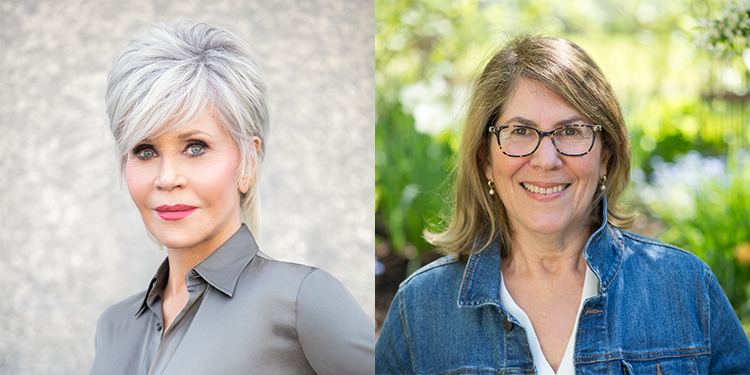 What Can I Do?: My Path from Climate Despair to Action (Hardcover)
Third Place Books

Why did more than 5 million people participate in women’s marches worldwide in 2017? Why are the countries with the most effective pandemic outcomes led by women? Why are so many social justice and environmental movements founded and run by women? What is it about women that the world needs so desperately now? Two women believe they’ve found a common thread in these questions.

Jane Fonda—Oscar-winning actor, activist, and author of What Can I Do? My Path from Climate Despair to Action—and Elizabeth Lesser—cofounder of Omega Institute and author of Cassandra Speaks: When Women Are the Storytellers, the Human Story Changes—join us for this livestream discussion about those questions and more. Fonda and Lesser have spent their lives as both activists and “innervists,” a term Lesser coined to describe the kind of self-inquiry and healing work that women can do to give them the confidence and courage to engage with power differently. They declare that it’s time for women to dig deep, speak up, and move the culture from an ego-driven “me” consciousness to a heart-centered, collaborative “we” consciousness. Don’t miss this one-of-a-kind conversation about the power of women.

Jane Fonda is an Emmy award-winning actress, a two-time Oscar winner, and a political activist. She is the author of several books, including her newest, What Can I Do? She sits on the boards of V-Day, The Women’s Media Center (which she cofounded in 2004), the Georgia Campaign for Adolescent Power & Potential, and Homeboy Industries. She lives in Los Angeles.

Elizabeth Lesser is the cofounder of Omega Institute and the Omega Women’s Leadership Center. She is the author of several books including the New York Times bestseller Broken Open, Marrow, and Cassandra Speaks. She is one of Oprah Winfrey’s Super Soul 100, a collection of one hundred leaders who are using their voices to elevate humanity. She lives in New York’s Hudson Valley.